A Maritime New Zealand investigation has found driver error was to blame for a jet boat accident that injured six people earlier this year. 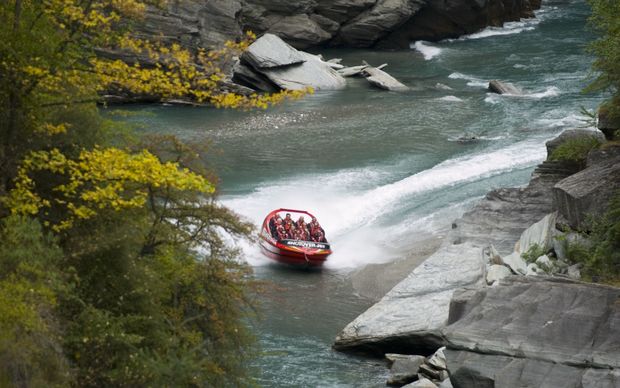 A file photo of a jet boat on the Shotover River near Queenstown. Photo: Destination Queenstown

A 12-year-old girl visiting Queenstown with her family was among two passengers hospitalised when a Shotover Jetboat hit a rock while heading downstream.

A Maritime New Zealand spokesman said the driver took a turn at the wrong angle, and ultimately lost control of the jet boat, which hit a rock wall at about 22 kilometres an hour.

The spokesman said the Shotover Jet had accepted a recommendation from Maritime New Zealand to put greater emphasis on defensive and evasive driving skills during its training programme.

The Shotover Jet is owned by Ngai Tahu Tourism.