Wellingtonians were given a last glimpse inside the city's iconic St Mary of the Angels Church today, before it closes for at least the next two years. 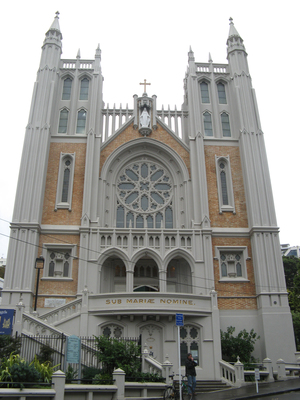 Work will soon start to earthquake-strengthen the Category One heritage building, which currently meets just 15 to 20 percent of the earthquake code.

The building was closed in July 2013 following a series of earthquakes in the capital, but was briefly opened to the public this afternoon to thank those who donated money towards the strengthening project.

Parish priest Father Barry Scannell said $3.1 million had been raised so far for the work, but a further $6.3 million is needed to finish the work.

Father Scannell said he hoped the Lotteries Commission would contribute some of the funds.