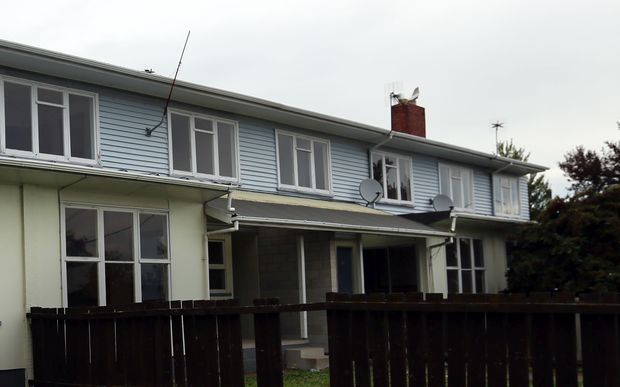 In January, Prime Minister John Key announced the Government's plan to sell between 1000 and 2000 state homes.

About 95 percent of the 6000 state-owned homes in the region suffered damage in the quakes.

Mr Commons said HNZ was on track to complete all quake repairs and build 700 new homes by the end of the year.

Repairs to about 3400 have been completed and contracts for about 560 of the 700 new builds were in place, Mr Commons said.

"At the end of the programme we will have the most modern, up-to-date portfolio in the country," he said.

"What the earthquake has enabled us to do is...not only repair homes but spend just about as much time and effort on upgrading homes as well."

Mr Commons said he was "very confident" the December targets would be met but acknowledged that an especially harsh winter or construction difficulties could delay building work.

There were currently between 500 and 600 people on he Ministry of Social Development's social housing register, which was "of the same order" as before the quakes, he said.

"It feels like it's higher but it's not," Mr Commons said.

"By the time we've recovered our homes and built new homes, it will be a very sustainable level," he said.

Mr Commons said HNZ would be selling off surplus land in Christchurch, but this would not start until the recovery was over.

The aim was to better match demand to housing stock, he said.

Many three-bedroom homes with large gardens were no longer fully occupied.

Meanwhile, the Christchurch City Council still had 2,159 units to deal to - about 300 of them would be demolished while a further 1000 required only minor repairs.

The council's unit manager of housing, Carolyn Gallagher, said the social housing rebuild and repair programme should be completed within the next two years.

Cosmetic repairs would be deferred until a tenant moved out and normal maintenance on the unit took place.

More than 430 units were currently unoccupied because of earthquake damage, she said.

One-hundred-and-thirteen of that number were in the residential red zone and have been bought by the Crown.

All council-owned units have been assessed by the Earthquake Commission and the council had also undertaken detailed engineering assessments.

She said the council had just under 300 people on its social housing waiting list, including 52 people assessed as high-need applicants.

Mr Commons said the council "had its challenges" with its repair programme.

"We wish them the very best with it. I think it's a priority and it's needed and it just reinforces our need to get the job done this year."