A council meeting in Christchurch today has heard that freedom campers have urinated, defecated, and left rubbish lying around in a car park in New Brighton. 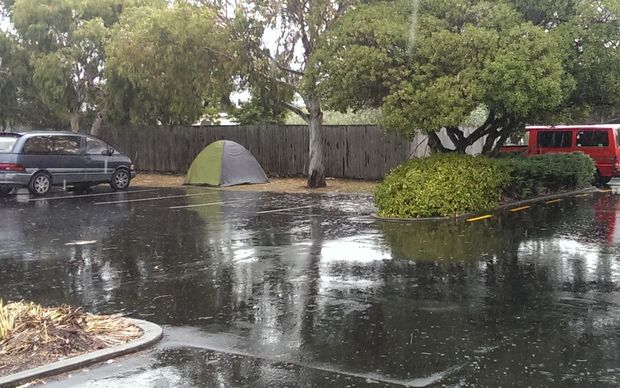 Freedom camping is allowed in areas of Christchurch and a car park on Beresford Street in New Brighton is concerning residents, who said campers had also been intimidating.

Eric Banks, who lived next to the car park popular with freedom campers, said the council needed more teeth to deal with the problems some caused.

He said there were short-term steps the Christchurch City Council could take.

"The council should be providing facilities in other areas for freedom campers perhaps as a temporary solution rather than a public car park.

"It should be maybe in one of the council camp grounds, Spencer Park or South Brighton for example, maybe an area of that. At least they are designed to have campers in, they are set up for it, they are not immediately adjacent to residential areas."

Mr Banks said he would not want to see a temporary solution become permanent and, in the long-run, a bylaw was needed to give the city council more power.

Councillor Andrew Turner suggested a freedom camping hotline so residents had clear communication with the council when issues arose.