A Taiwanese tourist who ran a stop sign in a rental van, killing her passenger father, has had her sentencing deferred until next week. 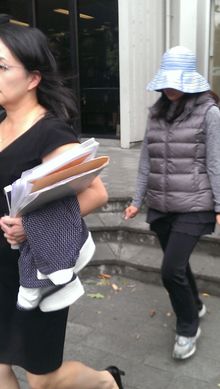 Chia-Fang Chu, 39, went through a stop sign at the intersection of Dawsons Road and Johns Road in Templeton, hitting a four-wheel-drive, on 18 February.

Chu on Tuesday pleaded guilty to operating a motor vehicle carelessly, causing the death of her 66-year-old father and injury to her mother.

Mr Lucas said her father Fu-Hwa Ju had insisted on the trip to help Chu, who was suffering from depression following the death of her own partner in a motorcycle crash.