The countdown is on in Wanaka as NASA gets set to launch a giant balloon into the upper atmosphere from the outskirts of the Central Otago town. 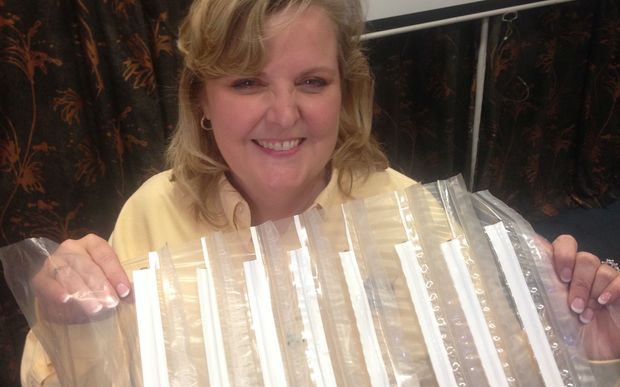 More than four years of preparation will come to fruition when the balloon lifts off on Sunday 15 March.

The launch had Wanaka residents buzzing as their small town got ready to play its part in NASA's next big experiment.

Nearly 100 people turned out to hear what the space agency was planning to do and resident Markus Hermens said it was exciting.

"I am very impressed Wanaka has been chosen for this. I just really hope I can get to see it when it goes up," he said.

The balloon itself is massive - the size of the Forsyth Barr Stadium in Dunedin and weighs four tonnes.

NASA balloon programme chief Debbie Fairbrother said some people found it hard to believe how big it was.

"It's really massive - we say the size of a football stadium - it's 80 to 90 metres in diameter," Ms Fairbrother said.

This first launch from New Zealand was to test the balloon itself. 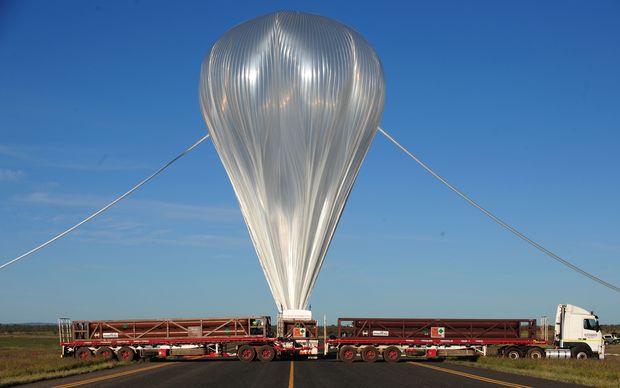 A giant NASA science balloon being inflated near Alice Springs in 2010. Photo: AFP

From there it would be used to carry many tonnes of scientific equipment - which can circulate the globe in the upper atmosphere.

"This a new type of balloon, it's called a super pressure balloon, which is designed to circulate the globe at the same height.

"Traditionally balloons go up and down as the they move in and out of the suns heat - but with this balloon we want it to stay at a constant height," Ms Fairbrother said.

The balloon was expected to land in Argentina after spending 100 days going around the globe 15 to 20 times.

The 100-or so people who live near the airport will have to either leave the area or stay inside their homes when the balloon lifts off.

Roads will also be closed and the area placed into lockdown for several hours.

But the manager at the Columbia Scientific Balloon Facility, Dwayne Orr, said launch safety was the number one priority.

A similar balloon launched from Alice Springs in 2010 crashed on take-off, destroying its payload, tipping over a car, and sending observers running for their lives.

But Mr Orr said that was rare.

"We will have a two-kilometre exclusion zone in place around the launch pad a Wanaka Airport, and that's all about safety.

"This balloon will not have a payload but there is a lot of plastic if that came down so we're keeping people inside during the launch," he said.

While the lift off would be spectacular, Ms Fairbother said the return journey as the balloon went around the globe and eventually passed over New Zealand, 33 kilometres high in the sky, would also be worth monitoring.

"We're telling people to check out the NASA website, because they will be able to track the balloon as it goes around the world.

"When it comes back over New Zealand again, you might be able to see it. As the sun sets is the best time - because it glows in the sky," she said.

She said if it was successful NASA expected to be back at least once a year for the next five years - to launch heavy scientific equipment.