Maritime health and safety logs have revealed three people have died and more than 100 workers have been injured working on ships parked at the country's ports.

New Zealand ports have now launched a national safety strategy to try to address the high number of accidents and deaths in the sector. 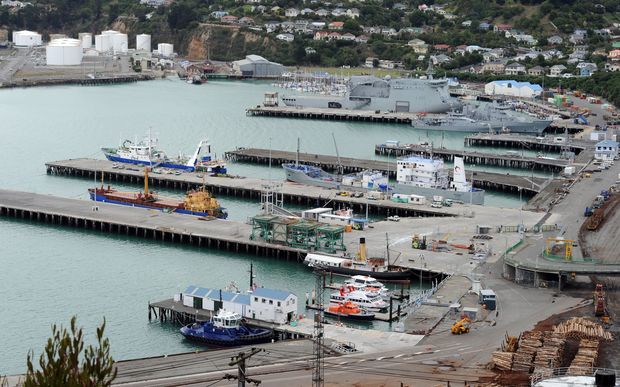 The log released to Radio New Zealand from Maritime New Zealand show there have been 130 non-fatal health and safety incidents and three deaths aboard ships at port from 2011 to October 2014.

When an accident occurs on a ship Maritime New Zealand is the lead agency. When the incident is on land it is dealt with by the main health and safety regulator, Worksafe New Zealand.

Worksafe logs released to Radio New Zealand in October last year showed there had been five deaths and more than 100 cases of serious harm from 2011 to July 2014.

When the Worksafe and Maritime New Zealand figures are combined there have been eight deaths and at least 230 non-fatal incidents both on and off the water at ports.

[Read the full information from https://s3.amazonaws.com/s3.documentcloud.org/documents/1679049/20141216-response-to-natalie-mankelow-radio-new.pdf Maritime New Zealand] on fatalities and injuries on ships at ports.

The maritime agency's logs detail what happened to 33-year-old Cain Adams, who died at Port of Nelson in 2012 after falling almost seven metres into a fish well.

They also detail the deaths at Lyttelton Port of Nanang Purwono, 29, who fell into the water while checking a lifeboat, and Warren Ritchie, 49, who was struck in the chest by machinery.

The accidents in the list range from the very serious, for example a 'de-gloving', in which a worker's skin and tissue was separated while a fishing boat was being unloaded in Mount Maunganui, to a worker getting severe steam burns to his legs, arms and torso in Tauranga.

There are also reported cases in which a crew-member of the Pacific Explorer attacked another crew-member with a knife while docked at Port Nelson, and a third-party report that the captain of the Oyang 77 took a pair of scissors and cut off a crew-member's finger at Port Chalmers.

Many of the incidents are injuries to fingers and hands, including another to a stevedore in Port Chalmers who sustained serious frostbite while unloading fish and had part of a finger and hand removed.

Some of the incidents happened on fishing boats or to passengers of ferries, so are not all health and safety problems related to port companies and their contractors.

Radio New Zealand understands the chief executives of port companies have met and discussed port safety and are looking at implementing a new national strategy for health and safety.

Radio New Zealand understands this may include a common approach to drug and alcohol testing and to dealing with unsafe vessels docking at New Zealand ports.