Police say there is nothing to suggest the fire at the Westfield West City mall at Henderson this morning was anything more than a vehicle fire. 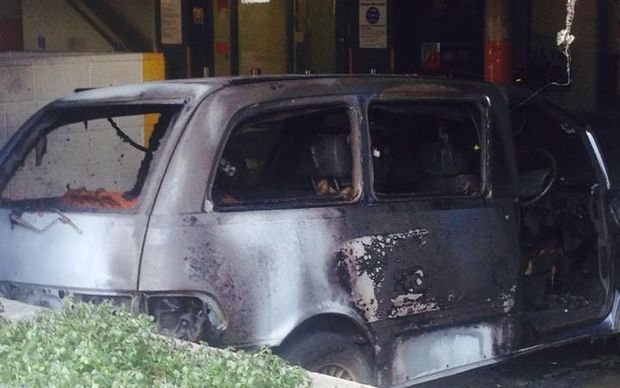 The van caught fire in a carpark in the complex. Photo: RNZ / Carla Penman 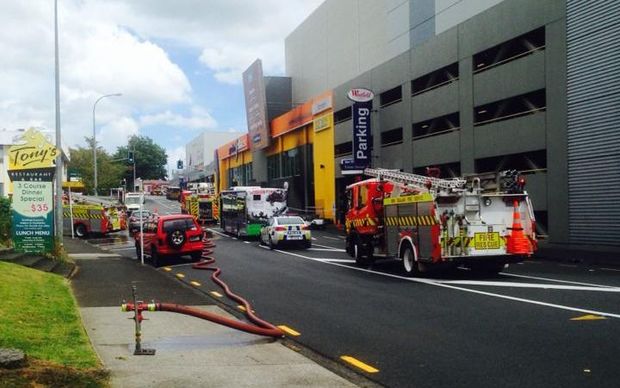 Responding to questions on whether the event triggered a terrorism alert, police said they initiated a standard response to the fire and there was no information to suggest the incident was anything other than a routine fire.

Westfield said the Fire Service had declared the Mall structurally sound and staff and shoppers had been allowed back in.

It said the fire in a van that forced the evacuation of a Westfield mall was not suspicious.

The van caught fire in an underground carpark at the Westfield West City complex in Henderson about 11am.

The shopping centre was evacuated, as some 60 firefighters tackled the blaze. A witness said about 400 to 500 shoppers were outside the complex.

The owner of a restaurant across the road from the mall, Chris Sinclair, was driving back to the restaurant when he discovered road blocks, and mall customers and staff gathered on the street.

There was a huge pall of smoke floating across from the mall," he said, adding his restaurant manager told him she had heard two explosions and had seem flames and smoke coming from the basement carpark.

The Fire Service said explosions heard after the van caught fire were likely to have been the air bags or tyres popping.

A fire risk management officer who inspected the van, Chris Lewis, said the van did not explode, as some people thought, but rather its engine appeared to have caught fire due to a mechanical fault.

"What they probably heard was either the spare tyre going off or any of the tyres going off and maybe the air bags," he said.

Chris Lewis says the sound would have been amplified in the concrete carpark.

Westfield general manager Linda Trainor said the centre was evacuated as a precaution and nobody had been injured.

The company said there was no evidence the van fire was more than a mechanical fault.