The Northland Regional Council is sounding an early warning about an insect that could do more damage than the Queensland fruit fly. 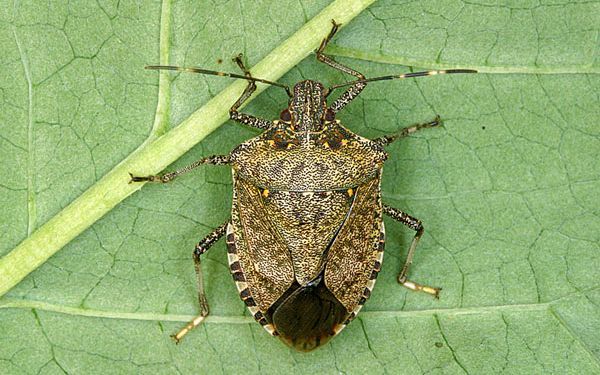 The Brown Marmorated stink bug is native to China, Japan and Korea, and has recently invaded 40 states in America.

And there is a high risk it would get into New Zealand in the next year or so, according to the Ministry for Primary Industries.

The stink bug attacks not just fruit trees, but field crops, like maize, and ornamentals like roses.

The regional council says if it were to become established here it would devastate horticulture in Northland and other regions.

The council's bio-security manager, Don McKenzie, says the bug is was like a turbo version of the green shield beetle - bigger, hungrier and fond of breeding indoors.

As a potential threat to industry, he says, it is up there with foot and mouth disease, and it is also a domestic nuisance.

"It doesn't take long to find examples of this on YouTube, in America, where it's invaded, to see the sort of alarming populations that it can grow to, occupying people's houses and making them smelly." 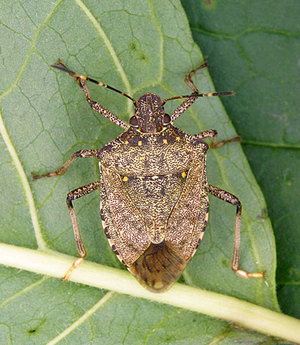 The Ministry for Primary Industries says quarantine officers have found brown stink bugs on 13 occasions and most of the finds have been in the past six months.

The ministry's cargo manager for the northern region, Stuart Rawnsley, says MPI has strengthened its border surveillance and was now on high alert for the insect.

He says bugs had been found in machinery and cars coming from the southern states of America, and in one case, in a passenger's suitcase at Auckland airport.

"We've found live and dead ones and we've found them across a range of pathways as well, in personal effects; in general cargo, and one or two on ships. "

Mr Rawnsley says there is a small chance that the brown stink bug is already in New Zealand, undetected.

Brown Marmorated Stink Bug - what is it?

The Brown Marmorated Stink Bug is an agricultural pest native to Asia. In recent years it has aggressively invaded 40 states in America. It is on NZ's top ten most-unwanted pests and diseases, and MPI says it could arrive in New Zealand in the next year or two.

What does 'marmorated' mean?

"Marmorated" describes the marbled pattern on the insect's shell.

Why is it a problem?

It could devastate horticulture if it gets established. It has no natural predators here. It feeds on more host plants than Queensland fruit fly, and also attacks crops like maize, and ornamentals such as hibiscus and roses. It breeds indoors, creating an unpleasant and long-lasting smell in houses.

Has it arrived in New Zealand?

Not yet, as far as the authorities know. But MPI has recently upped its surveillance for the pest . That is because it has been found 13 times now at airports and ports, and most of those finds have been in the past six months.

What should I do if I spot one?

Trap it, or at least photograph it and call your nearest Regional Council or the MPI hotline: 0800 809 966