There was magic, mead, and merriment in Upper Hutt over the weekend as more than 8000 people attended the country's biggest medieval re-enactment. 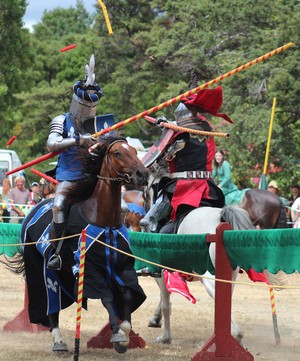 They watched as challengers from around the world clad in full 14th century armour competed in the World Invitational Jousting Tournament.

Spectators dressed in cloaks and capes, and sporting kidney pouches and knee-high boots have been coming to Harcourt Park for the jousting since 2003.

Veteran Swedish jouster Anders Fernstedt said for him, it was about camaraderie and competitiveness.

"Adrenaline, brotherhood ... hard to explain. You have to feel it," he said.

Australian jouster Andrew McKinnon, who travelled from Australia for the event, said he loved the physical nature of the sport.

"The thrill of riding the horse, if you can imagine, someone described it once like being on the inside of a bank vault, looking out through a postage slot, trying to ride a horse," he said. 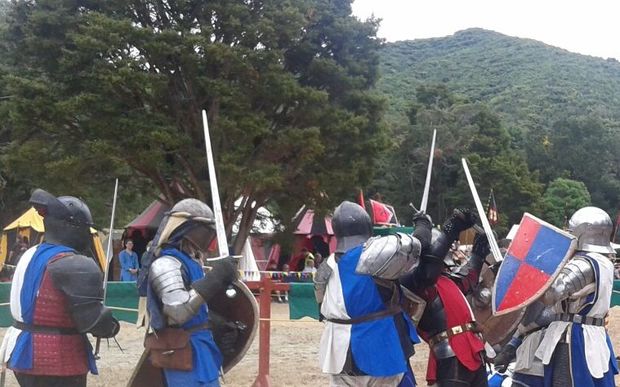 The event's founder and organiser Callum Forbes said the crowds had been steadily growing over the years.

"I've always been keen on the medieval period and martial arts and horse riding, and you combine all three into this hobby and you have the joust," he said.

"There's a lot of public interest in the medieval period and knights and armour, and interest in going to a tournament." 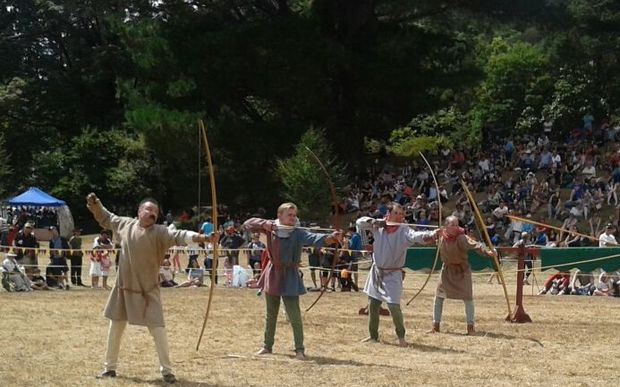 The popularity of jousting and all things medieval leaped in 2001 with the release of the British comedy film A Knight's Tale.

The jousting tournament even played the Queen song "We will rock you", which was in the film's soundtrack, as the competitors were about to ride.

For medieval enthusiasts, the event also offered home-brewed mead, an archery range, and a working blacksmith.