The manager of a Christchurch cafe that ended up with a taxi inside it says it was fortunate no one was in its way. 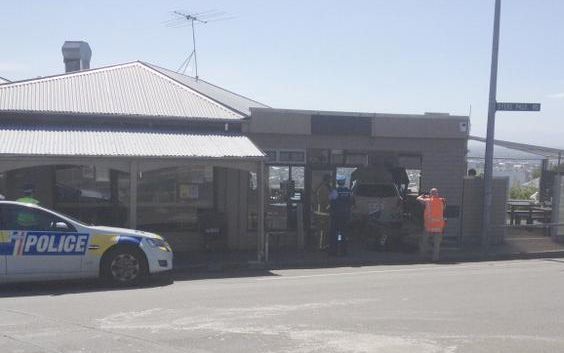 A photo posted today on Twitter shows the taxi inside the cafe and police at the scene. Photo: NZ Prints / prints.co.nz

The First Direct taxi crashed into The Cup cafe, on Hackthorne Road in Cashmere, shortly after 3pm this afternoon.

The cafe manager told Radio New Zealand News the whole car ended up inside and it was lucky no-one was in its path.

Paula, who only wanted her first name used, said there was no warning and customers were very shaken.

A St John Ambulance spokesperson said one person was taken to hospital with minor injuries and two others were assessed at the scene.