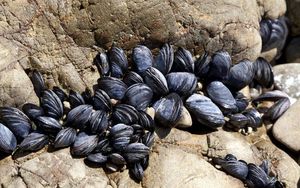 A health warning issued before Christmas will stay in place after monitoring showed the toxin known as paralytic shellfish poisoning, or PSP, is still present.

"For some people it might just cause tingling around their mouth, or on their face or their arms.

"But it can move on an cause some more serious symptoms such as difficulty in breathing and getting dizzy, and even paralysis and respiratory failure."

He said paua, crab and crayfish can still be eaten, but only if the gut is completely removed before cooking.