A Christchurch man had to rip open his swimming pool to try to hold back a large fire that came within two metres of the home he shares with his partner and four children. 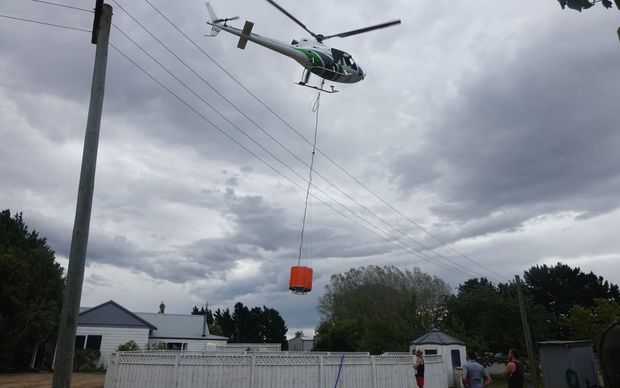 The blaze took hold yesterday afternoon on the side of State Highway 1 near the settlement of Rolleston, burned through 15 hectares of farmland and threatened two homes.

Glen Smith said his four children were in the swimming pool at home when his wife called from up the road to alert him to the fire.

"My partner was coming down the Main South Road ... She rang me and said, 'you'd better get the kids and animals ready, there's a fire out beside the road and it looks like it's going to head up our way'," he said.

"And within five minutes it was in here. She got home, threw the kids and animals in the car and I told her to get out of here, and then we had to go up to the front paddock and cut the chain and let the horses out."

Before he left their house, Mr Smith turned on all the outside taps and ripped a hole in the side of his five metre wide Para Pool to create a barrier between his home and the fire.

"Well, you can see how much water it must have left through here. The grass is still wet. Hopefully that helped. But I managed to leave the frypan on the oven going!" 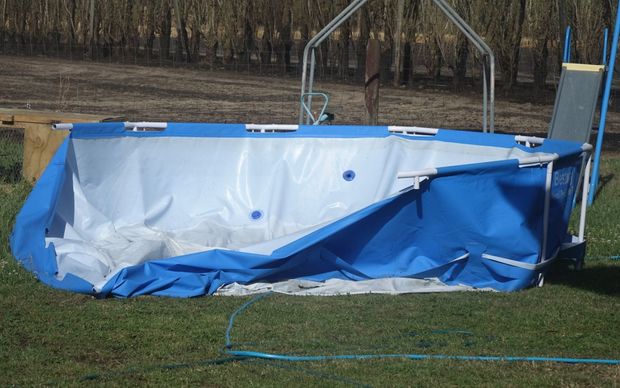 Mr Smith was full of praise for the firefighters who, with the help of four helicopters with monsoon buckets, managed to stop the blaze just two metres short of his home.

"Just to watch the way they work is awesome. You can definitely tell they live for it."

A pool belonging to Mr Smith's neighbour, Graeme Auld, was also pressed into action yesterday when helicopters began using it to collect water. 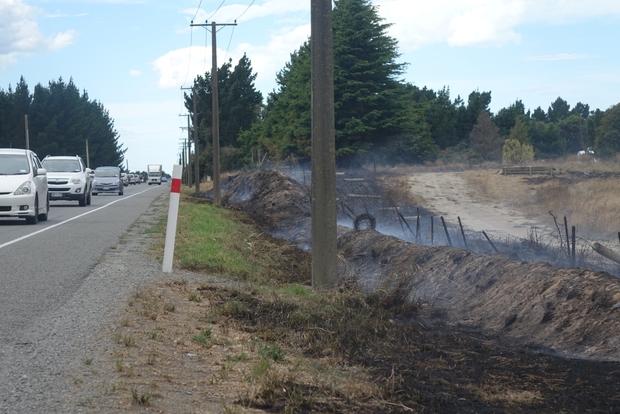 The fire started on the side of State Highway One on Monday. Photo: RNZ / Conan Young

The fire also came to within a few metres of Tony Green's home.

He said the tinder-dry paddocks combined with hot gusty winds meant the fire, which started on the roadside, turned into something more menacing in a very short space of time.

"By the time I saw that go up, and then ran and grabbed my phone and came back out with the hose, it had travelled 100 metres in two or three minutes. It just absolutely moved."

The fire was brought under control about three hours after it started.

Firefighters stayed on the scene last night to take care of any flare-ups.

The cause of the blaze has yet to be established. 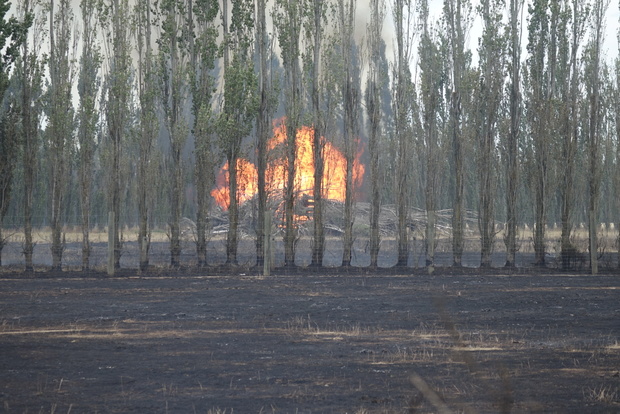 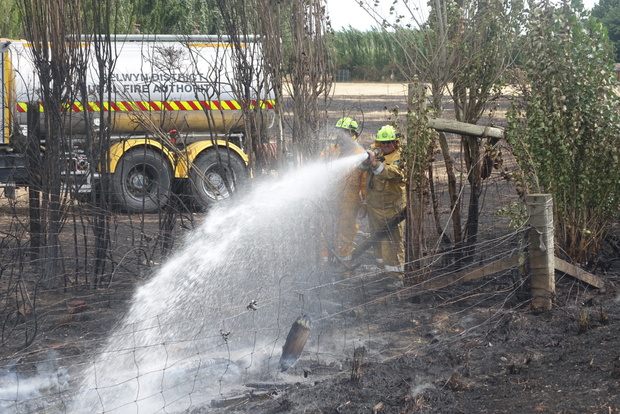