A couple whose after hours office encounter was watched by Christchurch bar patrons will be asked to explain their actions to their employer. 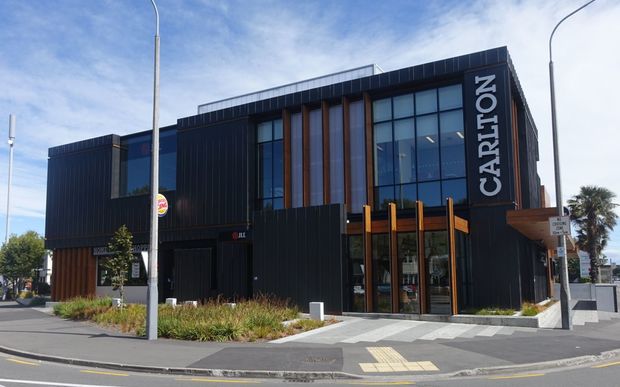 Eyewitnesses at the Carlton Hotel, on the corner of Papanui Road and Bealey Avenue, first noticed the couple about 10pm on the first floor of the newly built, glass-fronted Rabobank building, where Marsh Insurance occupies a floor.

The man and woman were watched by as many as 200 people for more than an hour.

At one point, the band at the pub stopped playing and joined patrons outside on the footpath, many of whom were filming event on their phones, as families and other passersby also watched what was happening inside.

Photos appearing online have picked up hundreds of likes and shares.

Marsh Insurance chief executive Grant Milne said the incident was an embarrassment and would likely damage the company's name, and he had sent an executive to Christchurch to talk to the couple.

Mr Milne said the company was taking the matter seriously but could not comment on the outcome until the pair were spoken to by management tomorrow.

The matter would have been handled in the same way, even if it had not hit social media, as the company had a strict protocol, he said.