With three days still to run, Christchurch's World Buskers Festival is being labelled a success by its new director. 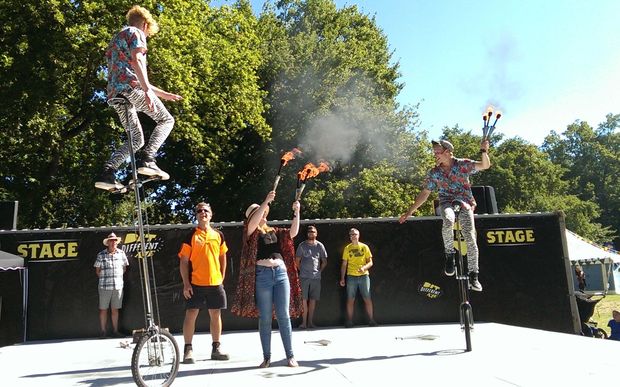 The festival had undergone big changes this year including moving beyond Hagley Park and into the city for the first time since the earthquakes in 2011.

For the past three years the festival had been confined to Hagley Park after the earthquakes put much of the CBD out of bounds.

Jugglers Zane and Degge from Wellington were one of the 50 acts bringing smiles to peoples faces in Christchurch for the past two weeks.

While still using the park this year, performers had also been able to stretch their wings in places such as the Arts Centre and the ReStart Mall, something Zane said was a welcome change.

"That's what busking is really, it's bringing the streets to life.

"The park is wonderful, don't get me wrong but to be able to lift the streets up and get Christchurch buzzing is what it's all about."

Christchurch's Famous Rubberband Boy, aka Shay Horay, got a start at the festival when he was just 15.

He said after touring his show around the world, his home town audience was the most discerning one he had come across.

"If you start to do the normal lines....they see through that. Due to the way the audiences are, it's tailored the way that my show is.

"I've got the Guinness World Record for the most rubberbands on my face, escaped from a straight jacket on a pogo stick.

"There's actually nothing in the show you'll see in any other show." 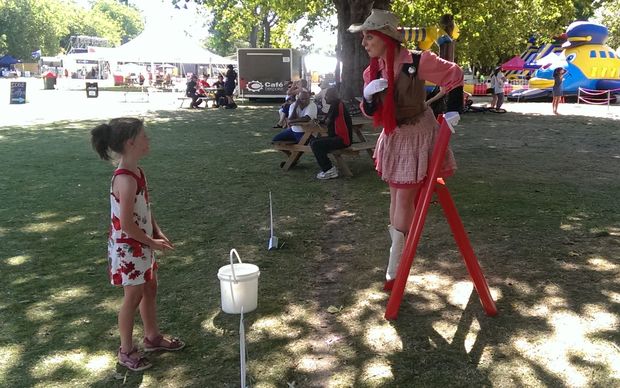 One of the sold out shows this year was the Boy With Tape On His Mouth, played by Christchurch local Sam Wills.

He said this year's show was a reprise of the one he first did at the festival in 2011.

Since then life had changed dramatically.

"Since then we've done a whole bunch of shows in Australia, we've taken the show to the UK, Europe, I've done the Royal Variety Performance at the Royal Albert Hall and the show's just getting more refined, tighter and better."

"It was one of those things for me growing up and watching the festival, I saw so many talented performers and it was that thing of going I want to be like those shows.

"And so I learned so much from watching their shows and it was just that yearly thing where you get reminded that it can really happen, that this is an option."

The festival's creator Jodi Wright took a back seat from the event for the first time in its 22-year history, this time around. 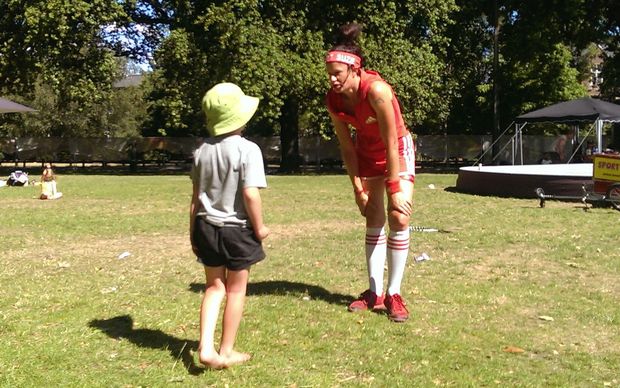 The man who took on her job, festival director, Glenn Pickering, said they expected to at-least break even this year, despite a cut in funding from the Christchurch City Council.

He said it was not hard to make a case for why the festival should stay in Christchurch.

"People come from all around New Zealand to see this festival and nowhere else in the country can you go to a festival for free, watch top international performers and all they ask is for you to put two dollars into a hat."

Mr Pickering said work had already started on next year's show which he said would include even more venues in the city and on the streets.