Officials in Oamaru say they are worried about a growing number of dog attacks in the north Otago town. 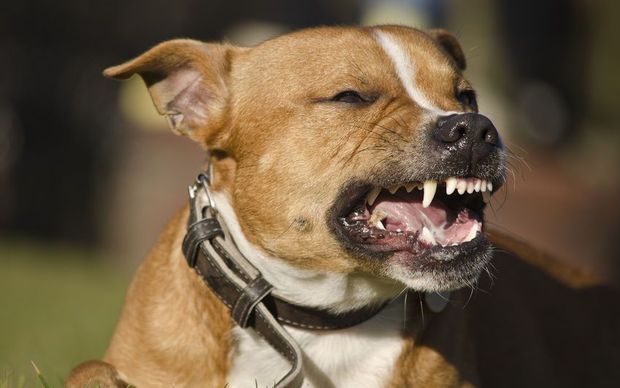 All the dogs that have attacked people have been caught. Photo: 123RF

Four people have been attacked since Christmas, and there have also been three attacks on animals.

The people attacked include a child and an elderly man.

One person was admitted to hospital, and others needed stitches.

A bichon frise dog has also been badly hurt, and sheep and chickens killed.

All of the dogs that attacked people have been caught.

Three are mastiff-crosses and one is an American bulldog-huntaway cross.

Two of the mastiff-crosses have been put down.

The Waitaki District Council is worried the number of dog attacks is rising and is considering ways to deal with the problem.

Nearly 350 dogs were found wandering in Oamaru during the second half of last year - significantly more than the previous year.