A car which crashed into a South Westland River on Tuesday has this morning been retrieved by a crane. 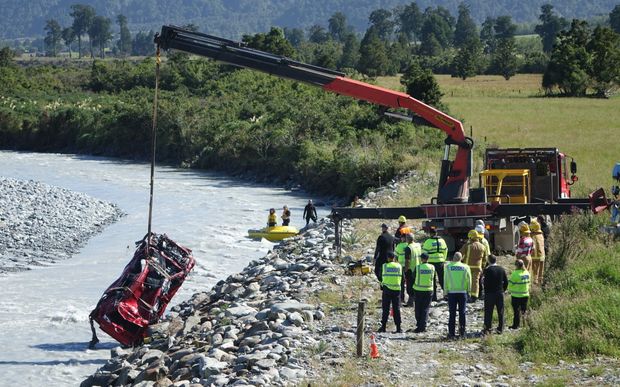 The red 2014 Toyota Corolla was heading south from Greymouth on State Highway 6 when it went on to a one-lane bridge and crashed through the barrier, plunging into the Wanganui River north of Harihari.

West Coast area commander John Canning said two bodies were found in the car, and they were believed to be those of a tourist couple visiting New Zealand. 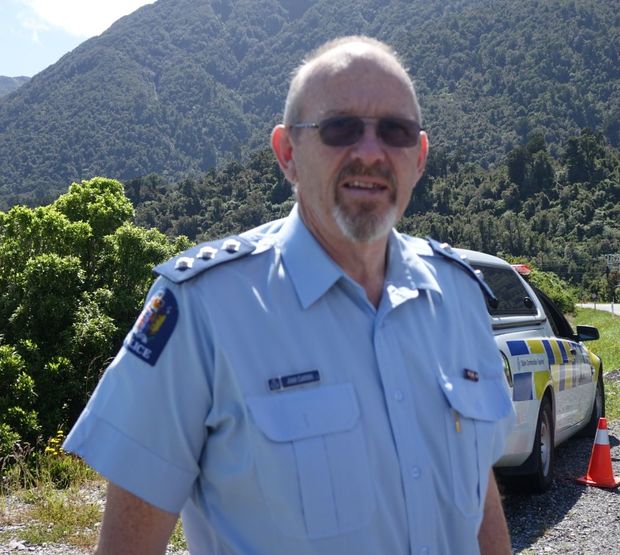 "Police are confident of the identities of the deceased but no information in relation to the pair will be released until formal identification has been completed and next of kin notified," the spokesperson said.

The car was about 50 metres down stream from the crash site and a crane was used to pull it from the water about 10am today.

Local kaumatua Archdeacon Richard Wallace blessed the bodies before they were taken to Christchurch in a hearse for formal identification.

The car had been taken away to be examined, and the police serious crash unit was investigating.

Mr Canning said there was no sign of mechanical failure and it appeared it may be a case of driver error.

The crash happened at about 4.30pm on Tuesday afternoon but rising river levels had since hampered efforts to retrieve it, and the bodies of its occupants had remained in it. 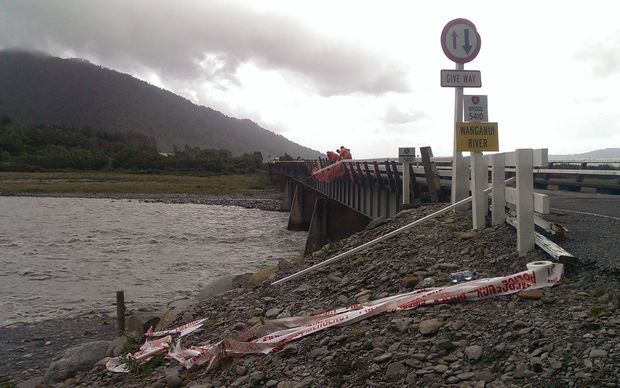 The car crashed through the safety barrier of this bridge just north of Harihari on the West Coast. Photo: RNZ / Rachel Graham