The Department of Conservation (DOC) says a great white shark has been spotted in Auckland's Waitemata Harbour. 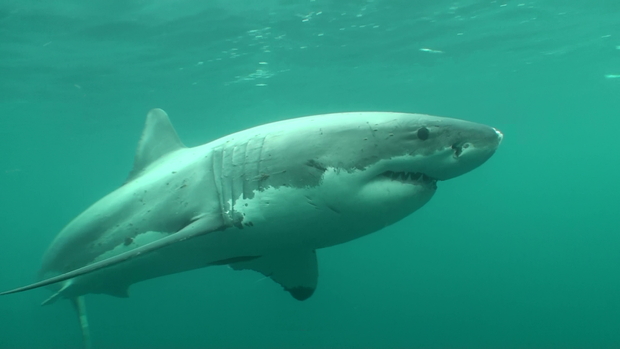 The shark was hooked on a fishing line by a family fishing from a boat in the area near Te Atatu on Monday.

The shark broke free and DOC said it had not been seen since.

However, it confirmed that the shark, which leapt out of the water several times while on the fishing line, was a large great white shark.

DOC marine scientist Clinton Duffy said the shark had probably come into the harbour to feed and, while such sightings were infrequent, they were not unusual, especially at this time of year.

Mr Duffy said it was not an area where people usually swam and he would advise against it.

He said the shark could be up to four-and-a-half metres long and weigh up to 1000 kilograms.

He said anyone fishing, kayaking or kite-surfing should keep an eye out for the shark and should avoid actions which might attract its attention such as dumping dead fish and bait into the water.