Hospitality and tourism businesses say the return of international test cricket to Christchurch is giving the city a boost.

The new Hagley Oval cricket ground is hosting its first test - the first to be played in Christchurch for nine years.

Head of the Hospitality Association's Canterbury branch Peter Morrison, said the match has already brought an influx of tourists to town.

The Black Caps are playing Sri Lanka at Hagley Oval. 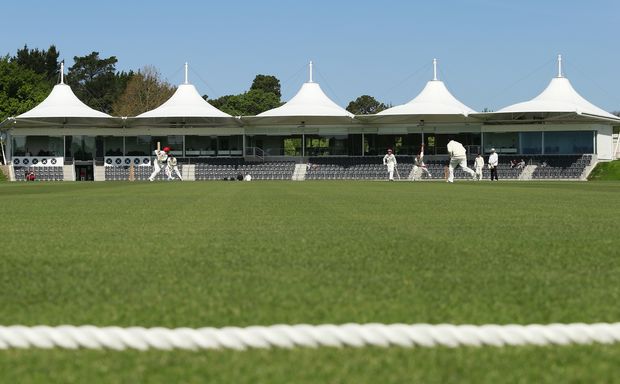 Mr Morrison said without major events like those at the Hagley Oval, people maybe reluctant to re-invest in hospitality businesses in Christchurch.

He said it was clear that Hagley Oval is already helping to attract people to Christchurch.

He said there had definitely been an increase in people from Ashburton, North Canterbury and Kaikoura coming to town for the start of the test and staying overnight.

And he said bars and restaurants which stayed open on Boxing day did very well.

One of those was the Pegasus Arms, which is one of the closest bars to the oval.

Duty manager Chris Gallagher said they had had spectators dipping in thoughout the day, and streaming in at the end of the day, especially on Friday.

On Boxing Day, the opening day of the five day test, the 8,000 capacity ground sold out.

Cricketing great Sir Richard Hadlee said the benefits of having test matches played in Christchurch, should not be underestimated.

He said as a youngster he used to go down to Lancaster Park and watch first class cricket.

"Kids were allowed out on to go out on to the field then, and take their bats and balls out and just feel the atmosphere of playing cricket," he said.

"Maybe that will generate more and more interest, and more and more kids wanting to play and clearly one or two good ones will go through the system and go on to play for their country."

The match is also being used as a test-run for a starring role in the Cricket World Cup, which will open in Christchurch in February.

He said that had to be beneficial for tourism in the city, and a sign that Christchurch is getting back on on its feet.

Building the cricket oval on public land in Hagley Park was not without controversy, and the group Hands off Hagley fought the proposal through the Environment Court.

The grounds are due for further work, with flood lights to go in plus an extra 11,000 temporary seats in preparation for the Cricket World Cup, opening 14 February 2015.

At the end of day three of the test match, Sri Lanka was on 293 for 5 in their second innings, trailling New Zealand by 10 runs.

The match resumes at 11am today.