The Auckland City Missioner says people from all walks of life attended its Christmas dinner this afternoon. 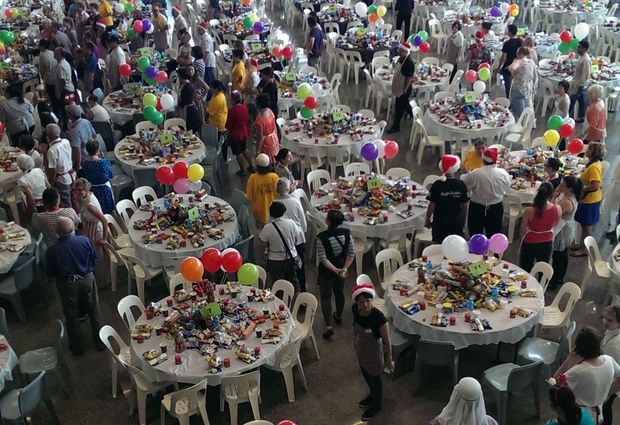 Auckland City Missioner Diane Robertson said it had prepared to cater to about 2000 people - with 200kgs or chicken, 240kgs of ham, and about 700kgs of vegetables.

She said they started peeling kumara and potatoes on Monday, just so they could get everything done in time.

Ms Robertson said all sorts of people turn up, from young families, elderly people and the homeless.

"People just actually start talking to each other, and I just watch babies being passed around and sitting on people's laps, I watch older people who are just participating with just an absolute look of joy and satisfaction on their face."

She said whether people where there as guests or as volunteers, it was a special place to be on Christmas Day.