The West Coast is close to being in an official drought, with almost no rain recorded in the region since the middle of August. 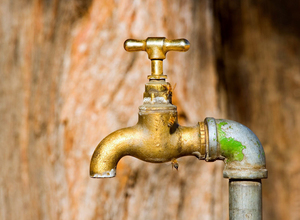 The MetService said the average monthly rainfall for August in the Hokitika area was about 180 millimetres.

But meteorologist Peter Little said since 15 August, Hokitika has only had 7mm of rain, compared with 110mm during the same period last year and almost 200mm two years ago.

He said there have been a lot of north-easterly and easterly flows over the country which have caused heavy rain in Northland and Auckland, but have sheltered the West Coast and made conditions very dry and sunny.

However, Mr Little said light rain was forecast for Wednesday and Thursday this week, with heavier rain predicted over the weekend.

Federated Farmers says a 25 day dry spell on the West Coast has brought both positives and negatives for the region's farmers.

Federated Farmers spokesperson Katie Milne said the warm, dry weather meant dairy calves were being born in good conditions, and less supplementary feed was being needed for livestock. But she said frosts and a lack of rainfall were hampering grass growth.

Ms Milne said with rain forecast for later this week, relief was in sight.

Wendy Harman lives in the dairy farming Kowhitirangi Valley near Hokitika and depends on rain to fill her water tank.

She said if she had not topped her supply up with some water from her neighbour a few days ago, her tanks would be empty - a situation she tries to avoid.

"Once the tanks run dry then you've got the pumps pumping flat out flat out sucking air, and you get air locks all through the lines, so you just try and nurse it through until you manage to get enough water to tide you over."