The cause of a fatal truck crash in the Otira Gorge may never be known, despite evidence the driver used drugs, and had a medical condition and faulty brakes, the coroner says. 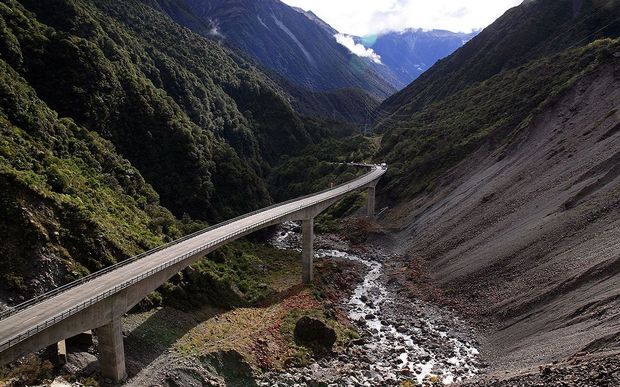 Piki Lewis Jones, a 34-year-old from Napier, died when he lost control of the heavy truck,

plunging into the gorge as he was driving from Christchurch to the West Coast in June 2011.

The inquest, before Coroner Devonport, was told Mr Jones had significant - but undiagnosed - heart disease, was obese and had used cannabis about three hours before he died.

His level of fatigue at the time of the early morning crash could not be known because police investigations found he had not been keeping accurate logbooks.

"... the actual cause of the crash may never be known," Coroner Devonport said.

"The possibility that Mr Jones was affected by cannabis and/or fatigue cannot be excluded.

"Ultimately, I consider it most likely that lack of experience in driving down the Otira Gorge in the hours of darkness has resulted in driver error by failing to engage the correct gear before the descent, and result in brake applications that has resulted in brake failure."