Wellingtonians will see a sharp increase in their power bills at the start of next month.

Genesis Energy expects the average power bill in Wellington to jump by 5.8 percent in April; Contact Energy puts the figure even higher at 7 percent. 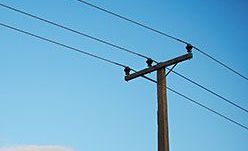 Genesis said it understands Meridian will also be raising its prices in Wellington but the company could not be reached for comment.

Contact and Genesis both said most of the increase comes from lines company Wellington Electricity but that company's chief executive, Greg Skelton, said it is only responsible for a 4 percent rise in power bills on average.

Genesis Energy said the difference between the 4 percent figure from Wellington Electricity and its 5.8 percent rise is due to increased operational costs.

Contact Energy suggested the 2 percentage point difference between its 7 percent increase and Wellington Electricity's figure could be explained by differences in how the two companies measure the average power bill.

Wellington won't be the only region to see electricity prices rise. Contact said it expects a 2.6 percent rise nationwide but warns in some regions, including Wellington, the increase could be much higher.

Genesis puts the figure at 3.6 percent.

Grey Power spokesperson Alan Davies is deeply suspicious of the companies' justifications for raising power bills. He said electricity prices are continually rising and he suspects the chief reason is so the retailers can make more money for their investors.

Independent electricity commentator Molly Melhuish said it's difficult to say if the increases are fair because the power company's reasoning is hidden in lengthy, complicated documents.

She said a review of how electricity retailers set their prices is desperately needed so consumers can be confident they aren't being overcharged. Ms Melhuish said it's her personal view that the increases aren't justified.