The MP representing people living in a picturesque rural valley north of Wellington where a new road could be built says he will fight to stop it happening.

The New Zealand Transport Agency is considering a route through the Takapu Valley as an option for a Petone - Grenada North link road. 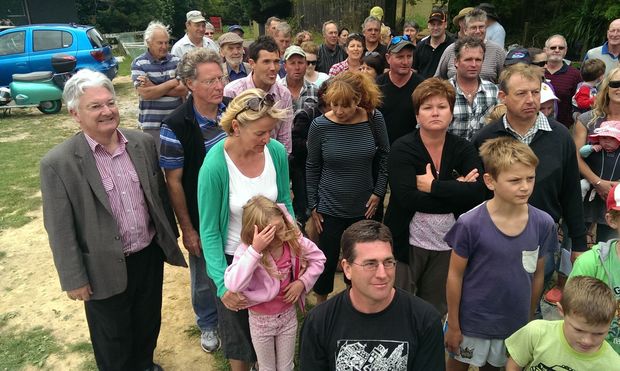 On Saturday morning, a united front of rural neighbours living on Takapu Road held a meeting with the Ohariu MP Peter Dunne.

They were waiting for a representative from the Transport Agency who had arranged a meeting with landowner Steve Mulholland. On arrival, the agency representative refused to meet Mr Mulholland and other neighbours while media were present.

Mr Dunne called the agency's attitude over the meeting arrogant and a disgrace, and said he would fight for the residents' rights.

"The fact that these people's lives have been thrown into turmoil by this cavalier announcement to them last Wednesday, when Transmission Gully and Petone to Grenada have been on the drawing board for years and years and years, and the issue never discussed, is I think appalling by NZTA."

The agency says it went out to Takapu Valley to meet one property owner, and did not expect to be greeted by an assortment of neighbours and media.

Wellington highway manager Rod James says the agency is happy to meet with large groups, so long as there is time to prepare so it can have the right people and information available, and not with media present.

Tamara Dunn, who has 10-hectare farm in the valley, said agency representatives told them the valley road is favoured over widening State Highway 1 because it is the more practical option.

The Transport Agency says it will have to buy people's properties even if it just widens the highway.