Pharmacists in Northland are writing off thousands of dollars worth of debt for patients who can't pay for prescriptions. 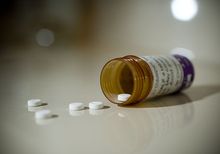 From January 2013, the cost of a prescription increased from $3 to $5 up to a maximum of 20 items a year. Prescriptions for children under six years old remained free.

The head of a primary health organisation in Whangarei says poorer Northland families have been going without medication since the Government cut the prescription subsidy and the cost rose.

Manaia PHO chief executive Chris Farrelly says the families either don't pick up the prescription at all, take one item only or put the medicine on account.

He says many Northland pharmacists are not charging those patients rather than see them suffer, and are writing off the debt at the end of the year.

Mr Farrelly says $5 per item may not sound a lot but 60% of Northland children live in poverty, and multiple prescriptions can blow the family budget.