The prime minister has rejected claims Labour is not tough enough on crime, saying the penalties are the same under both major parties, but prevention and rehabilitation is key. 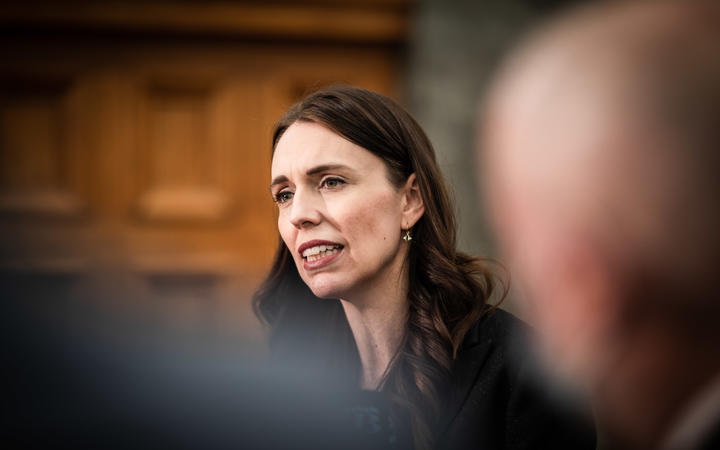 The funding will be spent over four years on tackling gun crime, and organised crime, setting up a new unit to oversee the firearms register, and boosting tactical response training.

But the National Party has said the money would not reduce crime.

National police spokesperson Mark Mitchell told Morning Report the new law and order funding unveiled at the weekend would not solve bigger issues and police should instead be given more agency to deal with criminals.

"It's a knee-jerk reaction - damage control," he said.

"When police officers are arresting juvenile offenders that have just committed a violent ram raid at 11pm and at 3am they're back out reoffending again. That's deeply demotivating for the frontline police officers and it's not safe for the community.

"The police need to be supported by our criminal justice system, they need to have the powers that they can take guns out of criminals' hands, and they need to review their pursuit policy so we can try and halt the tsunami of juvenile offending."

He said more than 80 percent of those who failed to stop for police were not charged.

National would set up a national gang taskforce, ensure firearms prohibition order legislation had a warrantless search provision, and ask for a review of the police pursuit policy, he said.

But Prime Minister Jacinda Ardern told Morning Report she was weary of political rhetoric on crime masking the situation, and both Labour and National were firm on crime.

"The facts are that the penalties for these issues have not decreased, so this idea that there's been a problem with the deterrent factor is just wrong."

The idea tougher penalties would deter young people from carrying out ram raids was not realistic, she said.

"That ... says that there's a rational calculation from young people who, we know are probably making these decisions without that rational judgement. Most young people who are engaging in crime don't think they're going to get caught.

"Well, we need them to know that they are [going to get caught] - there are consequences. But actually ... what we need to get smarter on is the prevention and rehabilitation, the stuff that stops people going into crime in the first place - that is where we should be having the discussion." 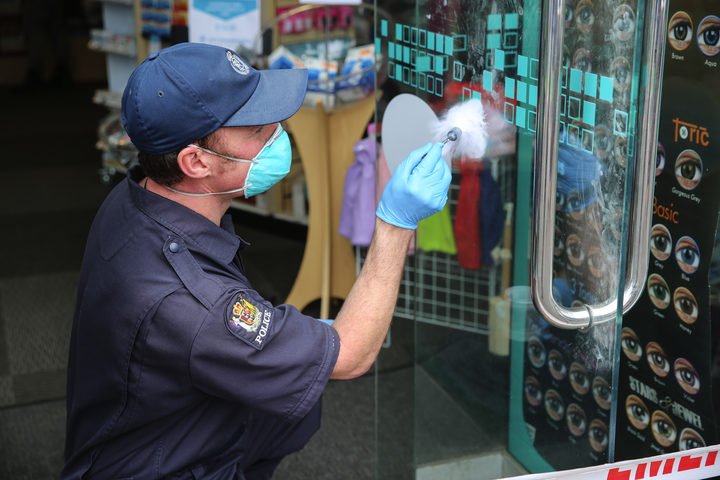 She denied the boost to law and order funding was a rushed announcement, due to the ram raid issues.

"Not at all. If you dig into the funding you can see this is a continuation and expansion of programmes that we've been trialling in particular regions.

"The police have been operating the Resilience to Organised Crime in Communities programme and now this funding supports the police to continue the rollout of that - same with the gang harm reduction programme they've been running."

However, she said the increase in ram raids was a trend that only went back a few months.

"We have moved up from the seven on average for a month, we've seen a spike and we need to address that.

"The police have got some things that they think might be [behind the increase] ... for instance particular senior members in criminal organisations who may be promoting or supporting the use of ram raids, targeting of particular goods ... the fact that it's becoming known and amplified a bit at the moment."

Ministers are to meet today, and will be discussing possible responses. One possible action could be assisting small business owners to set up preventative measures.

"What we're working through is something similar to fog cannons for small business owners - we [previously] had a spate of [robberies] particularly around cigarettes, and now we're seeing similar issues [with ram raids]."

About 1000 fog cannons had been supplied to small businesses, she said.

Police Minister Poto Williams said tougher penalties may work to deter the rise in young people ram raiding businesses, but she did not want to see children as young as seven in custody.

She said when it came to youth crime social drivers needed to be addressed, as well as family responses.

"We need to stop the impact of gangs on our society, first off, the second thing we need to do is to stop people getting into gangs in the first place," she told Morning Report.

That was part of the $94m over four years being put towards tackling gangs and organised crime, she said.

"Police have a role to play in this but so do other parts of not only the government but the community as well."

Williams said the government was on track to reach its target of 1800 extra police officers - taking into account attrition, retirement and people leaving the police.

The training of training of more police officers to Armed Offenders Squad (AOS) standard, announced in the government funding package, would result in a better trained service, with the skills required to deal with the most significant events, she said.

"We will have more AOS-trained people on shift."

"We can't police and jail our way out of problems caused by failing education, health, housing and welfare system - unemployment is another issue.

"We need to fund more projects that stop the drivers of crime, the causation, and not wait until it's too late and then we weigh in with a crude expensive tool that achieves nothing but creates more damage to whānau and tamariki."

Asked about whether the government would be considering extra measures to help with increasing cost of living pressures, such as an extension of the public transport subsidy or reduced petrol taxes, Ardern was non-committal.

"We've said ... we'll keep an eye on what's happening with the war in Ukraine and the impact on energy prices, but we've got nothing further to say on that, but we will keep monitoring those prices.

"We're in a volatile environment and ... we've been tracking what's been happening and putting in support where we can, those 1 April changes, 60 percent of families have benefited from that, the 1 May winter energy payment now is supporting our superannuitants and those on government support."

Ardern said the government would continue to monitor what was happening around the cost of living, but was hopefully the situation would improve.

"Keeping in mind the latter half of the year the speculation is that those cost of living impacts will start to improve."

Ardern spoke to Morning Report from home, where she is isolating with her family after her partner Clarke Gayford contracted Covid-19.

"We're having the same experience that many New Zealanders have had over the course of the past three months ... so juggling a few things, but doing just fine.

"He's okay, he's definitely crook, but he's doing okay. So far I'm fine, so we'll see how we go - as long as we stagger it so we can keep parenting we should be okay."

A planned official trip to the US was still a couple of weeks away, so Ardern said there was plenty of time to deal with whatever happened, and if she was not able to come out of isolation by Budget Day, 19 May, she would still be able to participate remotely, with the Minister of Finance leading the announcements.