The police have been actively gathering and analysing detailed information on rising rates of crime and violence at emergency housing, despite insisting for months they do not "specifically" collect such data. 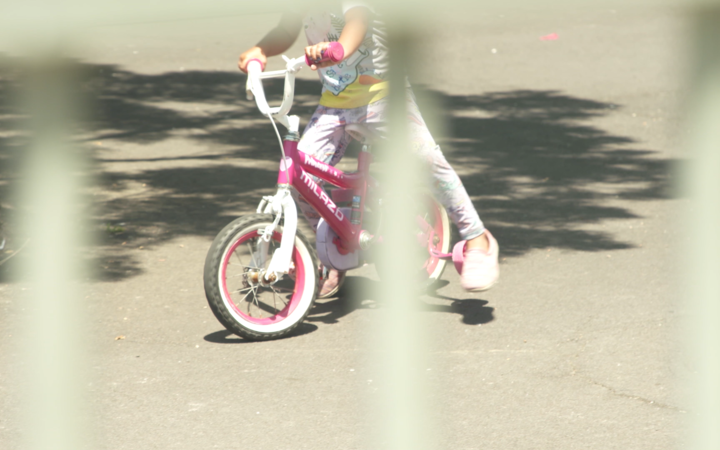 There's been "campaign of denial", says National, accusing the government of taking a 'see no evil, hear no evil' approach to a growing crisis in New Zealand.

Two Cabinet ministers are also standing by public comments they've made, and in one case responses to parliamentary questions - now brought into serious question with a number of reports and inter-agency communications in the public domain.

There's been unprecedented demand for what's supposed to be a short-term housing option, made much worse by Covid, stretching back to last year's lockdown, with the result many vulnerable people, including whānau with children, are in motels as a last resort - some for up to a year.

RNZ has reported stories of people terrified of conditions in some accommodation amid commonplace instances of violence, criminal activity and gang intimidation - both residents, and those living and running businesses nearby. In September this year there were about 4500 children living in emergency accommodation.

Despite a number of requests for information, the police have consistently refused to make any comment to RNZ, but now it's emerged they hold reports covering emergency housing-related offences, the impact on the wider community and demands on police, dating back to July 2020. They are standing by their original statement.

RNZ first approached police in April, asking whether they kept "any records about incidents reported from emergency accommodation" and if there had been "any noticeable or recorded increase in complaints or incidents in emergency accommodation". We also asked if the police were "taking any specific action in response to, or interest in, criminal activity, gang presence or any other elements causing disorder or potential harm to others" and whether they had "any concerns about the environments created by some emergency housing, in terms of public safety".

In response, RNZ was told by a police spokesperson in a phone call they did not systematically collect data that would specifically link offences or police call-outs to emergency housing locations, so could not make any comment.

Over the course of the following week, it became very apparent from speaking to Ministry of Social Development (MSD) clients, nearby residents, businesses and social services, police were being regularly called out to deal with incidents - some extremely serious.

RNZ went back to the police on that basis, acknowledging what we'd been told about the availability of data, but asking to "speak to someone about what police are seeing on the ground and what's being done where people are feeling particularly at risk".

They responded with a statement saying police recognised "community concerns about a perceived increase in crime linked to emergency housing".

"We are taking these concerns seriously and are committed to investigating all reports of crime, regardless of where they occur ... police does not collect data specifically in relation to emergency housing."

Fast forward to December, when RNZ was provided with a number of police reports and a series of inter-agency communications, with extensive data information about offences and police call outs, as part of Official Information Act requests released to the National Party, clearly showing an actual increase in crime.

We went back to police, asking how the statement about not collecting data could be squared with the existence of these documents.

"It remains accurate, as we do not routinely compile figures in relation to emergency housing," they replied on Friday.

"The OIA you have received includes some reports compiled for specific areas and operational purposes. We do not have equivalent data for every premises classified by MSD as 'emergency housing'".

"The facts are clear," says National's housing spokesperson Nicola Willis, who's also struggled to get information out of the police this year.

"Reports were gathered that showed escalating levels of crime and emergency housing.

"The police had those reports and yet they have stonewalled attempts by media and the opposition to get that information - that is very concerning."

An 'Intelligence Notification' report, with large parts redacted and dated the month before RNZ's first request, 25 March, "identifies the offences and harm at the locations since they have been used as emergency accommodation ... and compares these numbers to the same time period in the previous year" in the Waitematā East District.

Its conclusions - the "severity and seriousness" of offending had increased at emergency accommodation in that area; with offences increasing "41 percent at MSD facilities since 25 March 2020, compared to the previous year".

One of the 'Key Findings' in a June follow-up report: "Demand at emergency accommodation locations has significantly increased ... offences have also increased, however the number of offences remain low".

"Offences at emergency accommodation locations have approximately doubled (+97 percent) from 109 to 215" over the same timeframe.

There are qualifiers in both reports, including intelligence gaps like how long some motels had been operating, whether offences were actually committed by people placed in the motel by MSD, and in some cases several incidents involving repeat offenders rather than more widespread behaviour.

The minister's response: "I am advised that this information is not aggregated by Police."

When asked by RNZ if she stood by that response in light of the police reports, her office said she did, as "Police does not collect official data for reporting on emergency housing".

Willis is calling on minister Poto Williams to explain "why there has been such confusion on this matter and ... why it is that the police appear to have denied the existence of information that clearly existed".

"Answers to written parliamentary questions are required to be truthful," says Willis.

"They are answers to Parliament, and if the minister has given a misleading answer it is for her to explain why that has happened as soon as possible."

When asked about this back in May, Sepuloni said while police might not collect the data, they were aware of "hotspots" in their own districts.

Police in Waitematā had told her "actually, they're not seeing an increase in illegal activity or anti-social behaviour" but did know which motels were providing emergency accommodation.

"They were able to tell me there were a couple of hotspots and motels on the Shore that they were working with the moteliers on because of some of the activity, but the rest they said they'd seen no increase."

Again, given the March report identifying a specific increase in related crime in Waitematā East, RNZ asked if she stood by those statements.

"Yes," she replied, "as it was was what I was told by the Police earlier this year."

"My office was provided a copy of the OIA prior to it being released," said Sepuloni.

"I phoned the District Commander to query what I had previously been told, and was informed that what I had been told at the meeting was correct."

As well as the reports, a series of emails show detailed work happening across a number of key agencies, including police, directly focused on crime and social concerns in and around emergency housing, at a very high level.

In September last year there was a police email - subject line "Emergency Housing forum - ISR [Integrated Safety Response] information" - referencing "family harm incidents at both the [redacted] for the period 01/01/2020 - 26/08/2020".

The month before RNZs first request, there was already work underway preparing for a meeting of agency Deputy Chief Executives (DCEs), as outlined in a 29 March email to police, for a "guide discussion ... in the form of a powerpoint slidedeck".

"There's interest in knowing more about the issue Police have identified regarding emergency housing and any ideas Police may have for how to manage those issues," it read.

Then on 13 April, a police email about the housing ministry having sought "information from Police...particularly in relation to safety concerns", after the issue had been raised at the Homelessness DCEs group.

"Challenges include: the large number of children living in motels in a concentrated area. The children in this situation are at the forefront of local Police's minds (author's own emphasis)", it went on to say.

"They note that these children are being housed alongside high needs individuals in cramped circumstances...local police highlighted that for children in particular, living in a motel is not a good long-term solution.

There's later discussion on 4 May about an "urgent meeting" of a number of DCEs, scheduled for that Friday, in response to media coverage and work underway to "better support whānau in emergency housing in Rotorua as a priority area and Ministers are focused on ensuring we are coordinating our placement of whānau in other areas".

By mid-May, these senior officials were meeting on a weekly basis "to identify what should be done".

Internal police communications at that time sum up four issues that "may be amenable to intervention":

On May 17 2021 there was email from an MSD official to the Waikato District Prevention Manager, a Police Inspector, referring to "concerns raised by the following Police Officers, Detectives (names redacted) - Child Protection Team". The details of those concerns were all redacted.