Te Pāti Māori has left the door open to work with the National Party and its new leader Christopher Luxon. 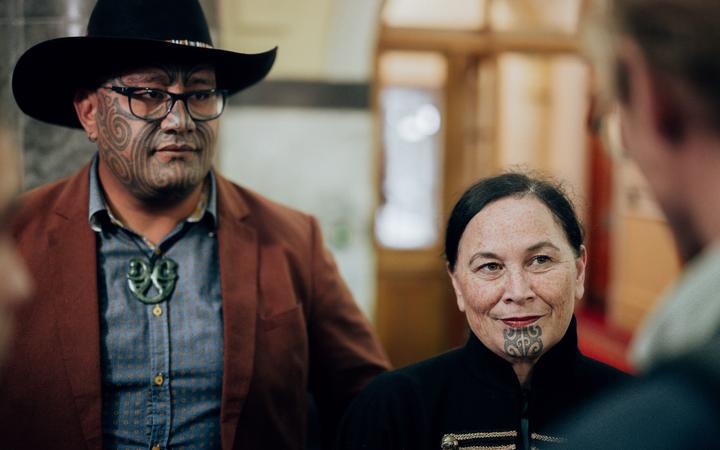 It's previously explicitly ruled out working with National under former leaders Judith Collins and Todd Muller.

After supporting Sir John Key's National government for three Parliamentary terms, Te Pāti Māori was turfed out of Parliament in 2017.

When asked by RNZ if the party would work with National under its new leadership, Waititi and co-leader Debbie Ngarewa-Packer didn't rule it out.

"Truth be known, I would be more focused on what it is that we need to make sure that anyone that works with us, shares the same values and vision.

"Whether it's Labour, ACT, Green or National ... they would have to concede that a tiriti-based government is the way forward. That's really the only answer," Ngarewa-Packer said.

"It could be Christopher Luxon, it could be anybody at the end of the day."

There had been "too many trade-offs in the past," Ngarewa-Packer said.

"People now know what authentically is needed to bring balance back into this country. We can't accept trade-offs."

"We don't see the first opportunity to jump into bed with whoever is going to take us, it doesn't work like that for us."

Te Pāti Māori president Che Wilson has previously said it would be a "big deal" for the party to work with National again.

"We're clear that our people align more to Labour and so we are open to having a conversation with Labour.

"If we ever do talk to National it will have to be a big deal for us to move that way again,'' Wilson said.

"The perception and reputation by aligning with National affected us."

"It kicked us out and so it would have to be a pretty impressive package for us to consider it,'' he said.