A new defence report identifies 'China's rise' and its power struggle with the United States as one of the pre-eminent security risks in the Indo-Pacific. 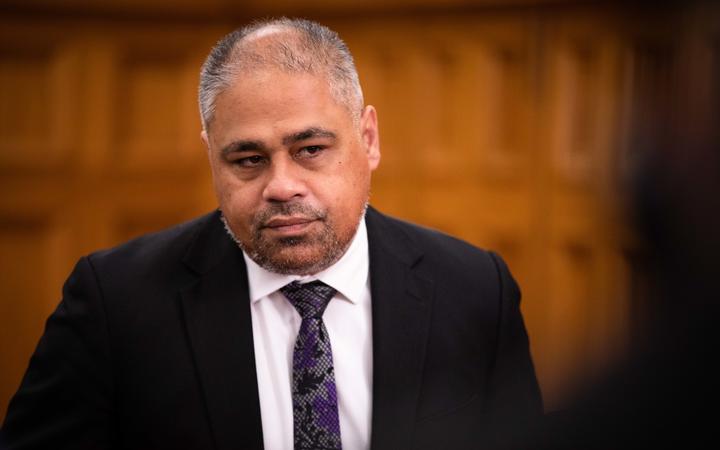 The 2021 Defence Assessment also warns of the global risk posed by climate change, with the effects being felt "early and deeply" in the Pacific.

It paints a picture of international relationships being played out against a backdrop of growing strategic competition, warning of the potential for confrontation and conflict.

"Even absent open conflict, strategic competition will play out across a range of theatres (including in space and cyber-space) in ways that will threaten New Zealand's security: this is true of both the wider Indo-Pacific and New Zealand's immediate region."

A warning, too, that New Zealand's strategic environment is deteriorating as security threats increase, with no indication these trends will reverse.

Australia is confirmed as New Zealand's only formal defence ally; other Five Eyes members Canada, the United Kingdom, and the US are also named as key defence partners.

In contrast, the narrative around China is about the significant risk posed by its power struggle with the US, alongside its expansionist activities in the region and ongoing efforts to modernise its military.

"China's rise is the major driver for this competition. Globally, strategic competition is most visible between China and the United States, but all other states are involved to a varying degree," the report says.

It concludes its "remarkable" economic rise is already exceeding some predictions and notes China's external objectives have been accompanied by an increasingly-strong "nationalist narrative".

"Ultimately, Beijing is seeking to reshape the international system to make it more compatible with China's governance model and national values, and with China recognised as a global leader."

"China has stated that it intends to "basically complete the modernisation" of its military by 2035, and to transform the PLA into a "world-class" military by 2049."

Secretary of Defence Andrew Bridgman said New Zealand hadn't "had a huge amount to do with China, especially in the last couple of years with Covid-19, around that defence relationship, but there are still dialogues that occur and they are really, really important".

"Those sort of relationships are important but in terms of that particular section of the paper we were focusing on was those countries that we have a lot to do with ... like-minded partners".

The report also states the US is returning to a more "proactive leadership role", while "Russia and others are undermining the international rules-based system".

And it says strategic competition will increasingly play out in the "grey zone"; the "space between peace and war that spans cooperation, competition, confrontation and conflict".

"Acts engaging in grey zone activities seek to create or exploit uncertainty, which can shape others' perceptions around risks of escalation including thresholds for armed conflict."

The report identifies the most threatening potential developments in the Pacific as the establishment of military base by "a state that does not share New Zealand's values and security interests", military "confrontation" - either "by accident or design", military-backed exploitation of natural resources and greater competition to respond to security events, such as natural disasters.

It summises the risk of conflict in the Indo-Pacific, both large and small, is "real" due to intensifying strategic competition.

"Even without strategic intent, the growing numbers and operational proximity of military assets from competing states, coupled with increasingly assertive actions and robust responses, raise the risks of tactical miscalculation leading to unintended conflict.

"States across the region are continuing to modernise their militaries, developing and deploying new capabilities that, while intended to promote their own security, also increase the costs should conflict occur. But the potential for deliberate action leading to conflict is also real."

Along with strategic competition, climate change is identified as the other most "significant and compounding" challenge for New Zealand's security interests.

"The accelerating impacts of climate change will have fundamental effects on global security, but are being felt early and deeply in the Pacific.

"It's quite clear to me that, yes, there's a focus on the Indo-Pacific and in particular the Pacific which we are in and of, which is why when I saw the defence assessment, we've got to make sure that we continue to remain cognisant of it.

"We've made in clear as a government with respect to our policy that as we look towards the Pacific, our partners and allies, that we'll continue to work with states that share common values.

"I think for a wee while now we've taken our relationship across the Pacific for granted. Now what we're saying is it's time to be deliberate about it."