That is in 11 days from today, 22 November - and Ardern says it's important that people prepare.

At a post-Cabinet briefing this afternoon, Ardern said "The hard truth is that Delta is here and it is not going away".

"And while no country to date has been able to eliminate Delta completely once it's arrived, New Zealand is better positioned than most to tackle it because of our high vaccination rates and the inbuilt safety measures in the traffic light system like vaccine passes."

Ardern said the most important thing to communicate about the traffic light system was "for the most part, if you're vaccinated, you can go about doing all the kinds of things you'd usually expect ... what varies is just how large those gatherings are at different levels".

Vaccine levels would play a key determining factor for which regions go into red and which go into orange, Ardern said.

Cabinet decided on the 3 December date (the first full day of the traffic light system) today, which allowed for the legal requirements in getting the system set up, Ardern said.

Legislation will be introduced and passed this week to enable that, Ardern said.

She disagreed with the idea that the traffic light system legislation was being rushed through under urgency.

"The Covid protection framework has been publicly available and able to be discussed, debated and considered since October. The very opposition who are choosing to criticise us also have been asking us of course to just move arbitrarily. And of course we've got a process here where there's able to debate on the framework but ultimately decisions about when we move have been based on the health situation."

The government will provide extra guidance for businesses to prepare. An assessment toolkit will be released for those businesses wanting to require their staff to be vaccinated.

Tomorrow, the verifier app for businesses that require proof of the vaccine pass for entry will be launched.

Businesses will not be required to use it, but it will be useful, she said.

Guidance this week will also set out how businesses can operate safely under the traffic light system.

One area where the government will be putting out sector-specific guidance was for schools, because they had large numbers of unvaccinated children, and parents who needed to supervise them.

Sector-specific guidance will also be made available for local government outdoor events where there are no specific entry and exit points.

From this Thursday, hairdressers and barbers in Auckland will be able to open if they require proof of vaccination from customers.

This will operate as a trial period for the vaccine passes. The hairdressers and barbers will need to:

Ardern said the decision to allow hairdressers to open but not hospitality was because it was a group where the numbers are smaller and more confined, which allowed the vaccine pass system to be safely tested.

Asked about the possibility of hospitality opening up for outside dining, Ardern said one of the issues was there was no simple legislative fix that would allow more venues to legally be able to hold al fresco dining. She said hairdressers were probably the lowest risk sector that would be able to operate.

Some 83 percent of eligible New Zealanders are fully vaccinated. Ardern said if all those people who were now overdue for their second shot got it today, that number would rise to 88 percent fully vaccinated.

So far 1.2 million people had downloaded their vaccine pass, and Ardern urged those who had not yet done so to get in now. 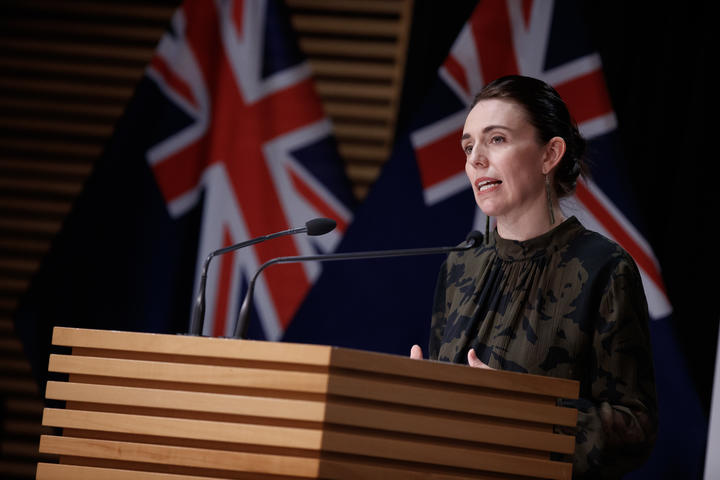 Earlier today, Ardern told Morning Report she was confident that district health boards will be able to cope with Covid-19 pressures over the summer.

Ardern said when the government considers alert levels on 29 November, it will be considering regions' likely status over summer as well as their vaccination rates.