"We want to be able to provide the standard of care that we're used to providing ... the other thing that I'm concerned for is even for business as usual we're shortstaffed from a nursing point of view" - ICU nurse Tania Mitchell

Doctors and nurses are at the pointiest end of Covid, caring for the sickest of the sick, people struggling to breathe, their organs maybe starting to fail.

In the height of the pandemic, it would seem logical that those working in intensive care units (ICU) would be first in line to get what they need to keep New Zealanders alive, but staffing those beds around the clock requires about five staff per bed, and New Zealand is 90 short right now. 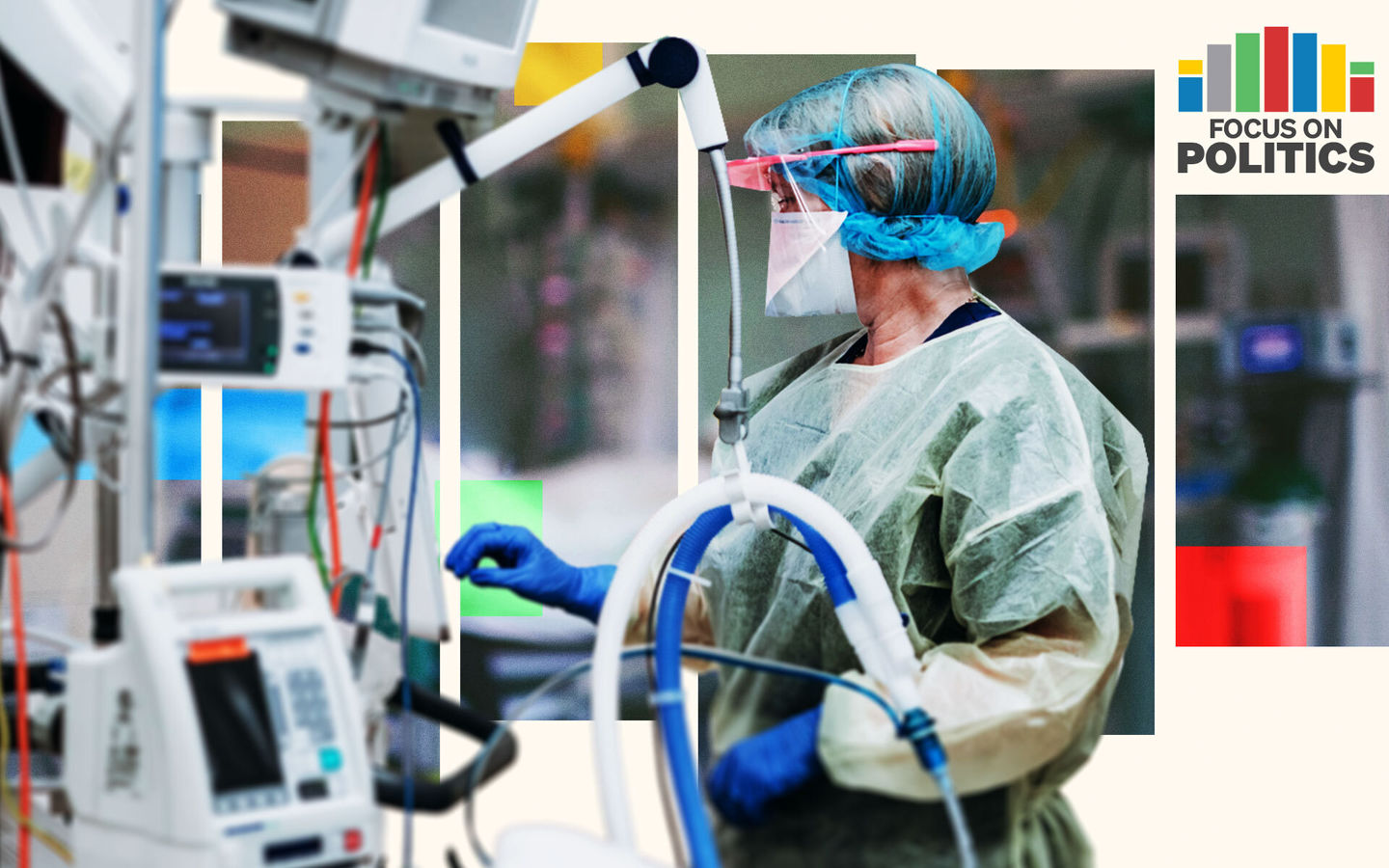 As we head into the traffic light system, it's difficult to predict exactly how many cases there will be, how many hospitalisations and how many deaths.

The most recent modelling lays out the worst case scenario of 16,000 weekly cases, but senior health officials are playing down the likelihood of a sudden surge.

Vice president of the Australasian College of Intensive Care Rob Bevan says the group is meeting twice weekly with the Ministry of Health to try to lift ICU capacity.

"Intensive care bed numbers can be counted and reported in different ways ... the most meaningful would be the actual numbers of patients we can provide best ICU-level care to today with staff who are currently in post, and trained, and working."

He says a New Zealand Medical Journal (NZMJ) article concludes that number is 176 beds - 15 of them specialised paediatric beds.

"That number rises from 176 to 280 if we incorporate the 104 physical beds that are not staffed at this point. And there are many concerted efforts by DHBs supported by the ministry to close that gap, primarily with nursing staffing."

Minister of Health Andrew Little says 1400 nurses have been trained up to provide enough support to bring New Zealand's 289 ICU and high-dependency units up to 550.

She also questions how accurate the 1400 number is.

"My colleagues throughout the country are not seeing anywhere near those numbers of nurses being trained ... some DHBs might have 30, other DHBs the nurses in intensive cares are telling me that they're not seeing any surge training happening, so there is quite a wide range ... some areas are definitely underprepared."

The NZMJ article found staffing levels would only be enough to stand up about 67 ICU beds, fully staffed and resourced.

"That surge relies on cannibalising other units, other staff - other units that know how to manage a ventilator ... you take all the staff from there and put them into ICU, that's not tenable."

Little says the government's actively working on boosting pay rates and is recruiting overseas, with 300 dedicated MIQ spots each month.

When asked about New Zealand having one of the lowest rates of ICU capacity in the developed world, Andrew Little lays the blame at the feet of the previous government for under-funding health.

In the end though, it's up to the minister to make sure everything possible has been done to prepare, and to take responsibility for the success - or failure - of the health response.

Little says high vaccination rates in New Zealand should ensure the pressure does not become unmanageable, and that stance is backed by Dr Bevan.

"We are not expecting to have to move to anything other than the best care model that we have today in New Zealand ... vaccination is largely responsible for that," Dr Bevan says.