Leaders of some of the world's most powerful countries will meet virtually tonight for the pinnacle of the APEC year, hosted by New Zealand. 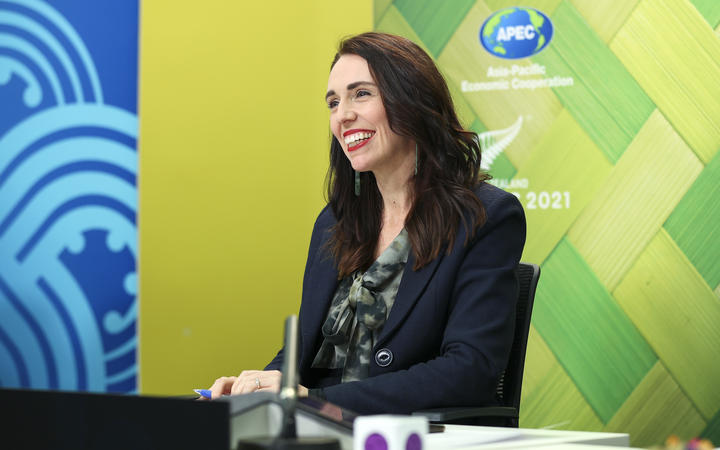 In February 2020, Auckland mayor Phil Goff promised the 2021 Asia Pacific Economic Cooperation summit would go ahead in the city, despite the loss of SkyCity's convention centre because of a fire.

But with Covid-19 affecting every aspect of our lives, New Zealand's host year is an online affair.

"It means that our ability to put New Zealand on the world stage isn't quite what it would have been had we had an in-person event," Prime Minister Jacinda Ardern said.

Up to 20,000 visitors had been expected at events throughout the year, culminating in APEC's apex - the roundtable of the 21 member states' leaders.

Victoria University international business professor Siah Hwee Ang said talks would primarily revolve around trade and economic policy as all countries looked toward Covid-19 recovery, with vaccines, mandates, and movement of people forming a big piece of that puzzle.

"There's been a lot of issues around movement of people because of MIQ and issues around vaccination passports ... and at this point the co-ordination of that is not 100 percent there," Prof Ang said.

"Say for example, some of the asian markets in South East Asia are pretty much open but Australia and New Zealand [are not there yet], so there will be a lot of discussion around this like if we want to work together as a group are we able to co-ordinate so that we don't have these border issues."

Prof Ang did not expect for there to be any surprises context-wise, but he said there would be tension.

"There will be a lot of tension between US and China but I suspect a lot of countries will put pressure on [them] to just come to the party and not to clash under this umbrella."

Democracy Project international analyst Geoffrey Miller believed there could be trouble brewing due to recent deals between countries.

"There's absolutely the potential there for trouble. China is very wary that the [CPTPP] is becoming a bit of a Western alliance," Miller said.

"China put in its membership application the day after the AUKUS deal and it really wants to stymie that. So that's on the table and I'm sure there will be some discussion about that." 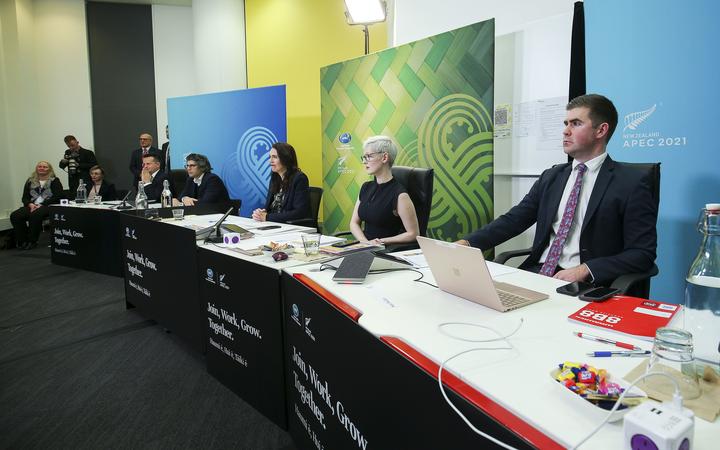 On the formal agenda are New Zealand's three priorities - economic and trade policy, digital innovation, and increased inclusion for sustainability.

The summit was no doubt a big deal, but some of its shine had rubbed off given its virtual nature, Miller said.

"A lot of the success at APEC has really come from the side meetings - the pull asides as they're known - and just from the interaction between the leaders," he said.

"And you're just simply not going to get that level of interaction, that informality is just not going to be there."

Regardless, it remained important for New Zealand, he said.

"New Zealand simply doesn't get to host summits. We're never going to be a host of a G20 or G7 summit. So hosting any international summit is a big deal for New Zealand."

One surprise awaiting, will be to see what gifted shirt the world leaders are wearing when they turn their cameras on?

When New Zealand last hosted in 1999, black jackets emblazoned with a silver fern decorated the participants.

In July this year, Prime Minister Jacinda Ardern also chaired a special video conference of the APEC leaders, in which they pledged to redouble efforts to fight Covid-19.