Covid-19 cases may peak this month at 200 a day according to modelling that takes vaccination rates into account, Prime Minister Jacinda Ardern says. 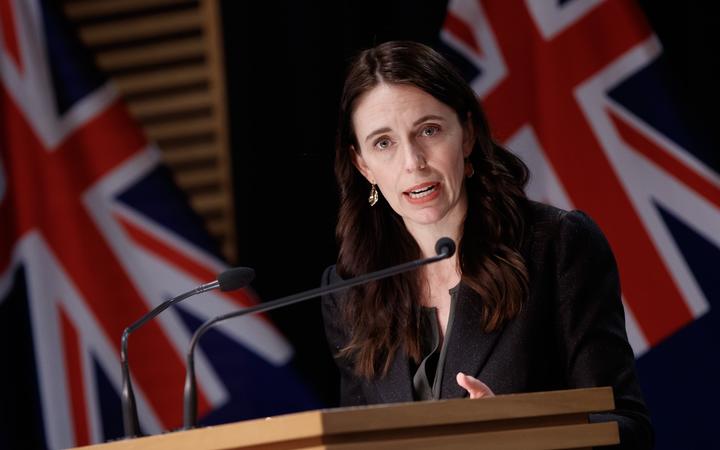 Cabinet is today considering whether to reduce Covid-19 restrictions in Auckland and parts of Waikato. The decision follows a record number of 160 new cases were reported on Saturday, and 143 on Sunday.

Ardern told Morning Report along with this afternoon's decision she would be sharing more information about Covid-19 modelling on where cases may peak as a result of vaccination rates.

"Whilst we are tending to track against what that modelling suggests, which is telling us numbers may, as a result of vaccinations and where we are, may in November peak at possibly around 200 cases a day mark.

"While we're in that period there is a bit of a wait and see whether or not that will end up being the case."

Retail NZ chief executive Greg Harford is urging government to move to level 3 step 2, where retail can open subject to safety measures, to ease the "enormous mental and financial harm" being caused by the lockdown.

University of Auckland emeritus professor of medicine Des Gorman said easing restrictions was the only way to maintain public compliance. "If you leave Auckland where it is, I think you're going to have an outbreak of civil disobedience," he says.

He said the vast majority of people were following the rules, and it would be better to to keep restrictions for a few more weeks than have a rise in cases putting stress on the health system and possibly leading to a return to higher alert levels.

"We've got schools going back, our senior school students went back last week and primary schools are going back in a couple of weeks - we really need to keep cases as low as possible to allow that to happen."

Case numbers flattening or falling, or vaccination rates heading to the 90 percent target, would be needed for restrictions to be relaxed, he told Morning Report.

"They are still what we are using whilst we work on the vaccination rates up to 90 percent because that's when we flip into the new [traffic light] framework and that's when we have certainty for people," Ardern said.

"Once we hit 90 percent that's when the certainty is. In between times what we are considering is the stepdowns and we will consider those today."

Ardern rejected criticism that she had not travelled to Auckland to get first hand accounts of the pressures of the lockdown.

"There is not a moment that I am not thinking about how I can bring life back safely for Auckland, not a moment," she said.

Ardern said she was regularly with health teams and business leaders in Auckland.

If she were to travel there it would remove her from Parliament for five days under its Covid rules and impact on her accountability in the debating chamber and fronting the media, she said.

"I do need to make sure Im running the response and not doing anything that curtails my ability to continue to lead the response.

"I don't think you can really appreciate it without being there for the full time. I don't think a one day visit would give me the sense of what everyone has been through."

On National's call for a commission of inquiry into the Delta response, Ardern said it was not a reasonable request.

"At this point in time our response the most important thing rather than an inquiry into it."

Ardern said vaccination certificates will be ready in time for a move to the new traffic light system - but there was was also the ability to run a certificate system earlier, even if it was not fully digitally enabled at the start.

The next stage down for Auckland and parts of Waikato, step 2, which allows retailers to open, does not require vaccine certificates.