The Prime Minister visited Ruatōrea in the remote Tairāwhiti Gisborne today to encourage a boost in vaccinations. 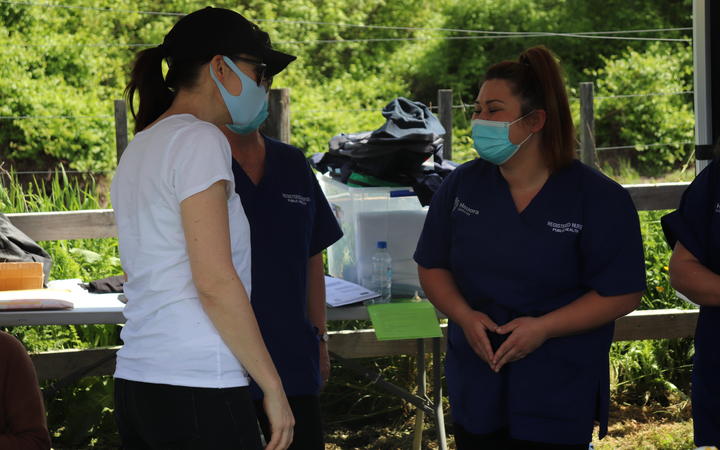 "This is about highlighting that we need high vaccination rates in every corner of New Zealand," she told media on the side of the rugby pitch.

She is in town to watch two rugby games - Ngāti Porou Women v Eastern Bay of Plenty and Ngāti Porou Men v South Canterbury and to encourage people to be vaccinated.

"That's why we're here, to spread that message and just to give an extra boost and thank you to our providers here who have been doing such an excellent job," she said.

She said she would be spending time with vaccination teams and in the community.

"A really big game coming up today on the Coast, and there'll be a vaccination team here - that's exactly the kind of initiatives we want to keep rolling out." 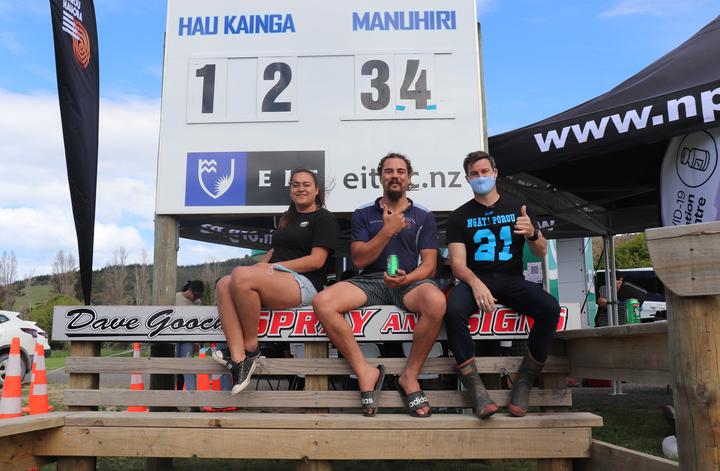 Since Friday she has travelled to Rotorua, Murupara, Hastings, Wairoa and Gisborne.

"We know over the past couple of days, we've seen record levels of vaccination for Māori, and that's really a big focus for us at the moment. We are continuing to see those numbers grow, and so that's what we want to keep pushing.

"Some of the areas that we have been travelling into have been low and that's why we're there, because actually we can't afford to have low rates anywhere. We've already seen with this outbreak, it has found its way to probably areas where those towns thought they would be untouched - Kawhia, Raglan, Karapiro, we want to make sure our vaccination campaign reaches everyone."

Seventy-nine people were vaccinated at the two rugby games, some being personally encouraged by Jacinda Ardern..

Data released by the Ministry of Health on Thursday shows rates in the Ruatōrea area were at 56 percent for the first dose of the nearly 1000 population. Second dose rates were at 35 percent.

Many in the rohe got their second dose in local clinics over July, led by Ngāti Porou Hauora and Hauora Tairāwhiti.

In the entirety of the Ngāti Porou iwi area from Te Toka a Taiau in the south to Pōtaka in the north, nearly 3500 out of its almost 7400 enrolled at Ngāti Porou Hauora remain unvaccinated, as of the latest available data from Thursday.

"A lot of highs, everyone who gets vaccinated makes me very happy, makes us all very happy. The lows would be it's quite hard to get hold of the hard to reach, and we continue, we've just got to step it up.

"Those who have not made the decision yet, those who might be influenced by what they read on social media.'' 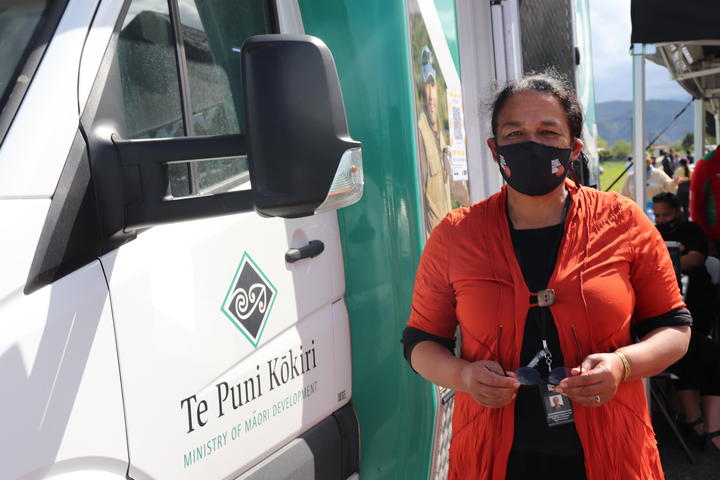 They had just received a mobile vaccination clinic.

"We're fortunate that Te Puni Kōkiri have loaned us their mobile vehicle, so now we can go to, even though we are remote and isolated, we can go to other areas that are more remote than our little communities." 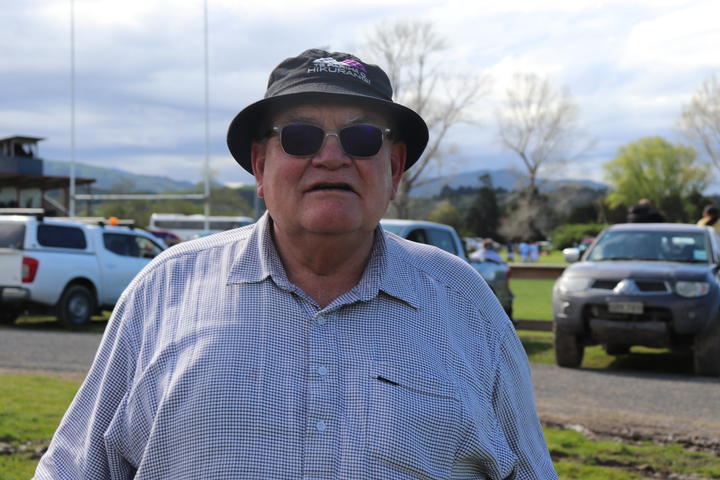 Selwyn Parata said the hard to reach group has been those aged 26 to 40. Photo: RNZ / Tom Kitchin

Te Runanganui o Ngāti Porou chairman Selwyn Parata said the elderly rate for iwi members was over 85 percent for 65 plus.

"Then we're having a drive for the middle age - the young ones with the consent of their parents, they're all coming forward, but that hard group is 26 to 40, and the prime minister's coming to give us a hand to encourage that group to arm up. It's hard because that group, they're computer savvy and they listen to Aunty Google."

Many in the rohe were got their second dose in [https://www.rnz.co.nz/news/te-manu-korihi/447308/covid-19-protecting-vulnerable-spurs-vaccine-takeup-on-east-coast

Jacinda Ardern flanked by East Coast MP Kiri Allan describes what the vaccine needle feels like to one of the rugby players at today's game in Ruatōrea. Photo: Supplied / Jenny Kitchin

East Coast MP Kiri Allan said the rollout around Te Whānau-ā-Apanui's iwi area rollout in Eastern Bay of Plenty, part of her electorate and north of the Ngāti Porou rohe had gone well, sitting at about 90 percent of their iwi members.

"We had an epidemic on 1918, the flu epidemic, that left mass graves of people that died through that epidemic. People's memories are short enough to remember the devastation that that reeks on whakapapa, and so what you had is a real strong drive right from the outset, driven by leadership up and down the coast.''

Note: Ruatōrea is the traditional spelling of the town, differing from Ruatoria.