Viral inequality and ganging up on Covid-19

"We have a program around reducing inequality that's been running throughout our time in government but when we're in a crisis we work with those local communities ... we've worked closely, for example, with gang leadership..." - Finance Minister Grant Robertson

The government's response may have been staving off some of the worst economic impacts of lockdowns, but Covid-19 has only exacerbated inequalities across New Zealand that were already posing a big challenge.

With an extended period of restrictions in response to the Delta outbreak, how long can heavy borrowing keep things afloat, and how can those entrenched inequities be tackled? 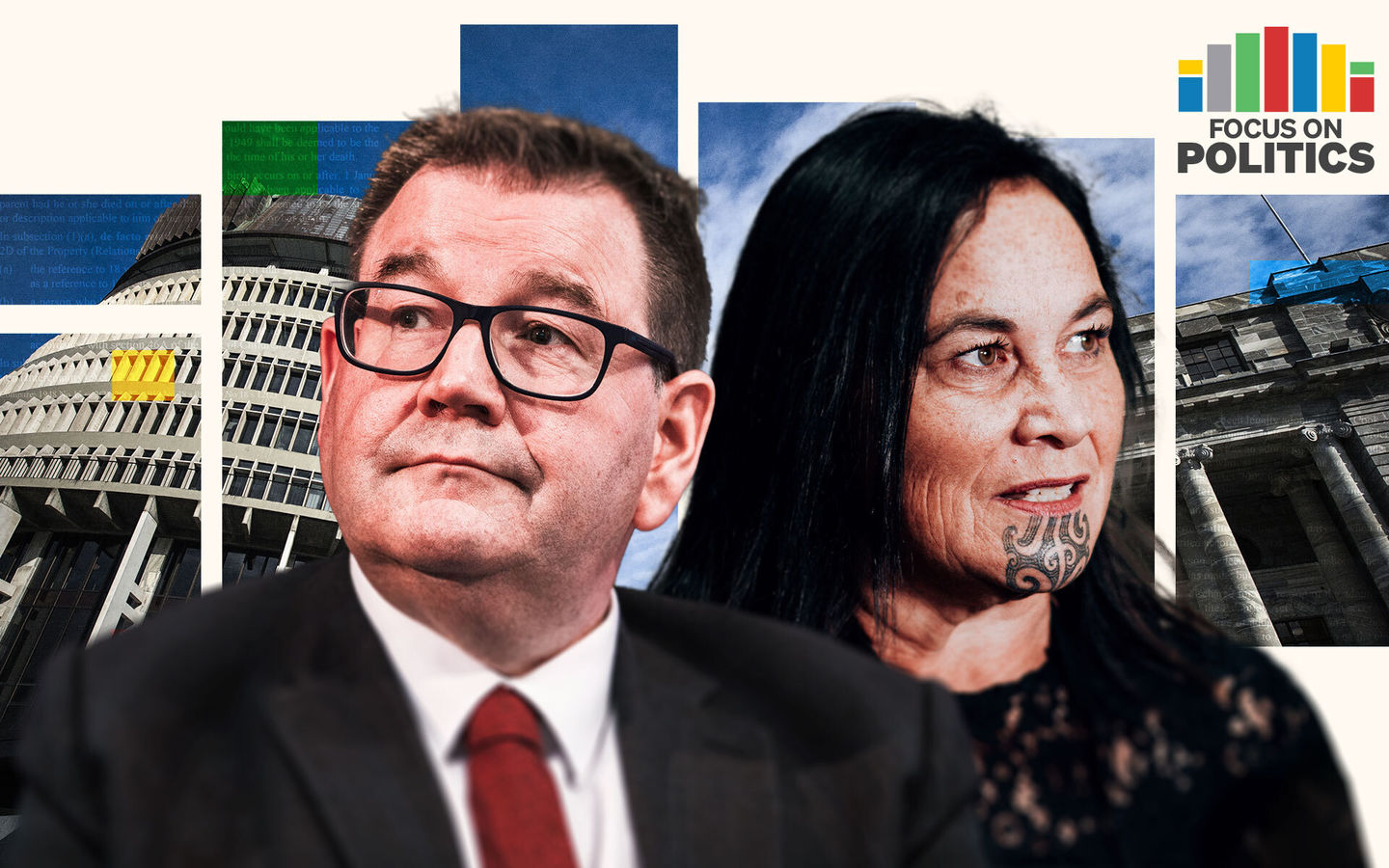 The economy rebounded faster and stronger than expected after the 2020 lockdown, but Te Pāti Māori co-leader Debbie Ngarewa-Packer says this time is different.

"From the absolute grassroots level, there is not the same quick recovery or bounce up - and I don't know that that existed in 2020 for a lot of Māori whānau anyway."

"It's absolutely worse, and I think what you've got to remember is we're also in a political battlefield where if you belong to a gang family, if you come from this particular area ... there's already separatisation but it's actually heightened. And I think this creates real issues where people are too ashamed and they just they don't want attention drawn on them to ask for help, so by the time they do, things are extremely acute."

Finance Minister Grant Robertson says the government is acutely aware of the problem, and the government cooperating with gang leaders to encourage vaccination and public health order compliance is part of what's needed to stay connected with harder-hit communities.

In its latest update, Treasury concludes this latest lockdown hasn't had as much economic activity as last year's - while the economy will take a short term hit, it's expected to start recovering towards the end of the year.

However, inflationary pressures are expected to push prices up, with supply chain disruptions and labour shortages continuing to drag on growth.

National Party economic spokesperson Michael Woodhouse warns the government cannot continue to borrow and spend at such a high rate.

"They are huge sums and that's a problem in its own right. They've really just given themselves a blank cheque and said 'trust us', well I think we need more transparency and scrutiny on the amount of spending they're doing," Woodhouse says.

The party's treasury spokesperson Andrew Bayly says the focus should be on supporting businesses.

"My view is that the government should be doing everything to stop businesses falling over as a result of a government-imposed lockdown, and that means providing cash to those businesses because they live and die on cash ... if we let businesses fall over, we're gonna see more people on the jobs heap and that's a really bad outcome."

ACT leader David Seymour agrees there should be more economic support while lockdowns continue, but says it's not sustainable and the lockdowns must come to an end.

"We're not doing enough to support those businesses, nor are we giving them enough certainty that it's going to end and nor are we ensuring there's an end to the fiscal run."

Robertson however says the Reserve Bank's increase to interest rates is consistent with approaches overseas, and its latest statement highlights the government's economic support measures as helping keep the economy afloat.

He says this outbreak has already cost the government $4 billion - mainly through the wage subsidy and resurgence support payments - and while those supports are not being directly targeted to industries, the revenue drop requirements on accessing them are having that effect.

Meanwhile, the government has been doing what it can to support those left vulnerable, with increased benefit payments, a doubled winter energy payment, funding to support Whānau Ora and Pacific providers, and there is more on the horizon.

"We're continuing to look at what else we can do to relieve hardship. There are mechanisms that the government has in front of it and the prime minister mentioned in one of her press conferences this week that we've been working on that, and we'll have a bit more to say about that very soon."

In today's Focus on Politics podcast, Political Editor Jane Patterson takes politicians' temperature on Covid-19 and the economic response, and how that impacts efforts to combat inequality.