Political parties have slammed the government's plan to ease restrictions in Auckland, saying it creates confusion and puts vulnerable people at risk.

They also want the government to admit it has given up on its elimination strategy.

Restrictions in Auckland will ease in three stages under the plan.

The first will begin from midnight tonight. It means people will be able to meet up outdoors with others from outside their bubble with no more than two households and 10 people at a time.

At step two, more retail will re-open as will public facilities like swimming pools and zoos.

Step three opens the door for cafes, pubs and restaurants but customers must be seated and separated. Close contact businesses like hairdressers can also get back to work.

Cabinet will assess the impact of each phase before moving to the next. 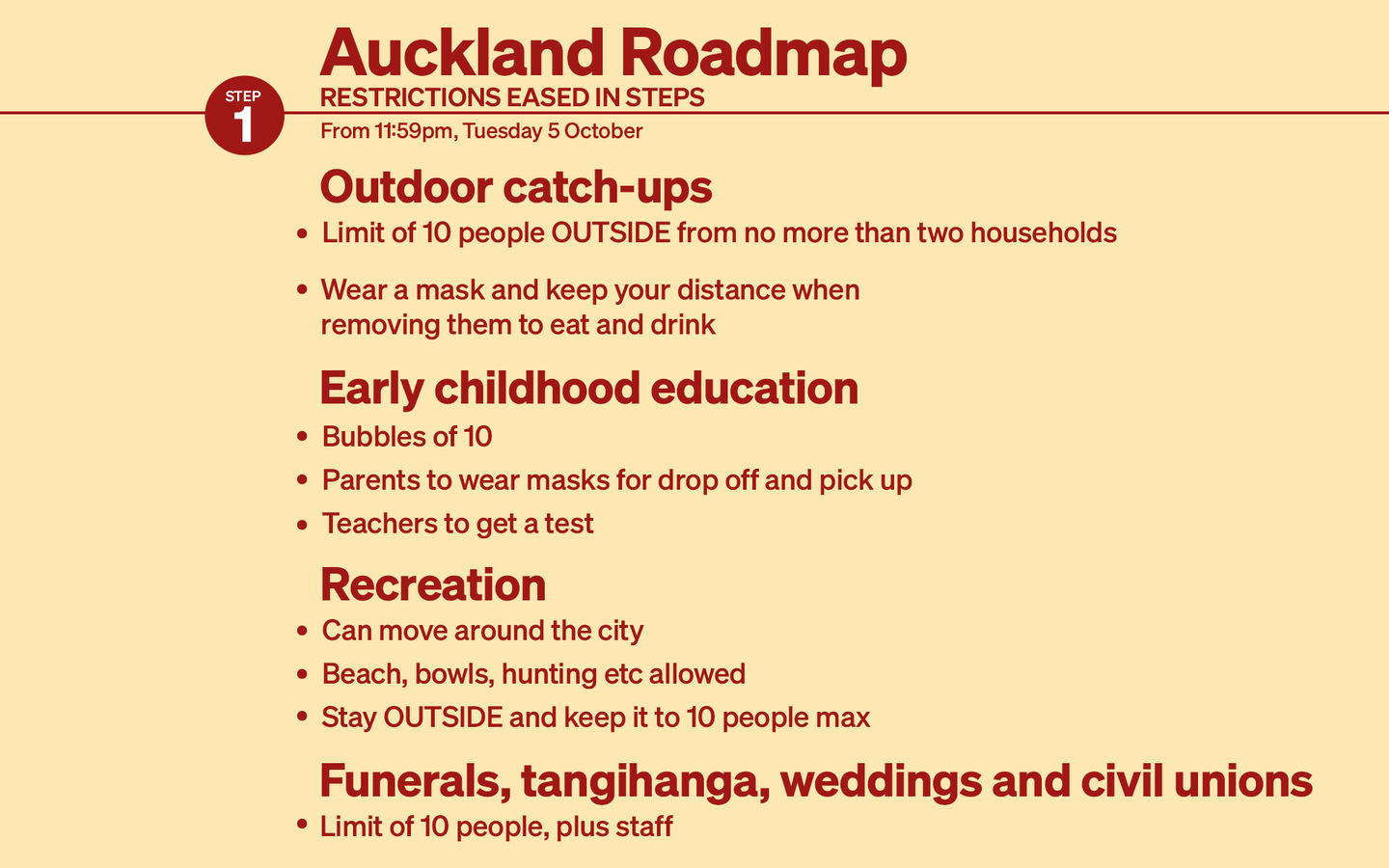 The prime minister has not explicitly called time on the elimination strategy, but the government plan marks a clear move away from it.

"New Zealanders are not children, we no longer believe in Santa. It's time that we were told the truth, the elimination strategy is quite clearly dead."

The shift in strategy comes as vaccination rates among Māori are only about two-thirds of those of the general population.

Te Paati Māori co-leader Debbie Ngarewa-Packer said the roadmap did not take that into account.

"This roadmap has been designed as if we have all arrived at the beginning of the track together, but we haven't," Ngarewa-Packer said.

"Some of us aren't even at the beginning of this roadmap, so where is the mitigation for the well-known, highly publicised, highly recognised inequities."

"The elimination strategy and the zero tolerance for Covid-19 is the right one, especially for people who are behind, who are more at risk, who are behind in vaccination," Davidson said.

Ardern said the change in strategy was always going to happen, but the Delta outbreak had accelerated it.

The country will remain in the transition phase until vaccinates rates increase.

But there is a lot of work to do, with the number of people getting their first dose trailing off to 7000 on Sunday.