There are 14 new cases of Covid-19 in the community today, one is in Whakatīwai.

On the section 70 notice, published yesterday, Dr Bloomfield says it's important for people to know what is and isn't able to be done under the rules. These are available on the Ministry of Health website.

Bloomfield says people will be able to travel across a boundary at alert level 3 for tangi, funerals, attend to or visit a dying relative, or accompany a tūpāpaku or deceased person.

It will be for immediate family only, he says, and people will need to have a negative test result 72 hours before travelling over the boundary. An application will need evidence of support.

Prime Minister Jacinda Ardern says people by and large have been really compliant however, the odd person has broken the rules and put everyone else at risk. She says once fines were put in place for people escaping MIQ, the numbers of people escaping reduced.

These will change in November subject to the passing of the Covid-19 Public Health Response amendment bill.

Ardern says it's important people understand the rules but also the consequences of breaking the rules.

The government knows who infected the person on remand and on what date, Ardern says. They have been linked to a workplace cluster, she says. 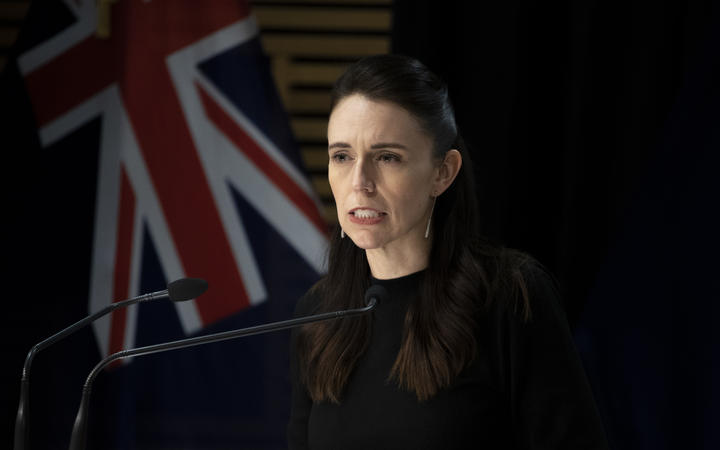 Ardern has asked Minister of Justice and Minister of Corrections to work together to see if criteria can be created that ensures if someone is leaving to for example, a level 2 environment, either someone from level 2 collects them, or Corrections makes the drop off.

In another incident, a person snuck into North Shore Hospital to visit a patient and has since tested positive. Bloomfield says a thorough look at CCTV footage and the process at the hospital is being looked at.

On MIQ vouchers, Ardern says 5000 were distributed yesterday. There is a balance to be struck between people returning home and a minister to represent NZ at COP, she says.

She says there has only been one other minister take a spot.

"We have been really selective in the way we've used travel for ministers since the pandemic began."

"There are some very critical events that we do need to be around the negotiating table for. Trade is one of them and I also see the COP negotiations as part of that as well."

Meanwhile, Ardern says the best way to flush out mystery cases is "to test, test, test".

"It is critical that we keep up those testing rates."

There is a new testing centre at the Manukau Sports Bowl, and they are asking everyone in the Clover Park neighbourhood to go and get tested today.

"Based on a set of cases that we have in Clover Park that we believe there is a geographical relationship between, we are asking everyone in Clover Park to be tested. This is a rigorous and cautious approach."

People in the suburbs Mt Eden, Massey, Māngere, Favona, Papatoeotoe, Ōtara, Manurewa are asked to be tested if they have even mild symptoms.

Ardern is asking level 3 workers returning to work tomorrow to get vaccinated.

She says every remaining unvaccinated person is a rise and poses a risk.

"Let's keep going, let's see if we can get to 90 percent by the time that Cabinet considers our alert level settings in two weeks' time," she says to Aucklanders.

It will be a team effort, she says.

At 11.59pm tonight, Auckland moves into alert level 3. Meanwhile, people who live, work or have visited an area north of SH2 and centred on Mangatangi are expected to remain at home for five days and monitor for Covid-19 symptoms.

The area extends the road boundary to the east of Maramarua and the southeast of Miranda on the Firth of Thames.

The rest of New Zealand remains in alert level 2.