The government has given itself a five month extension on its deadline to publish the Emissions Reduction Plan, which will set out how New Zealand will meet its climate targets. 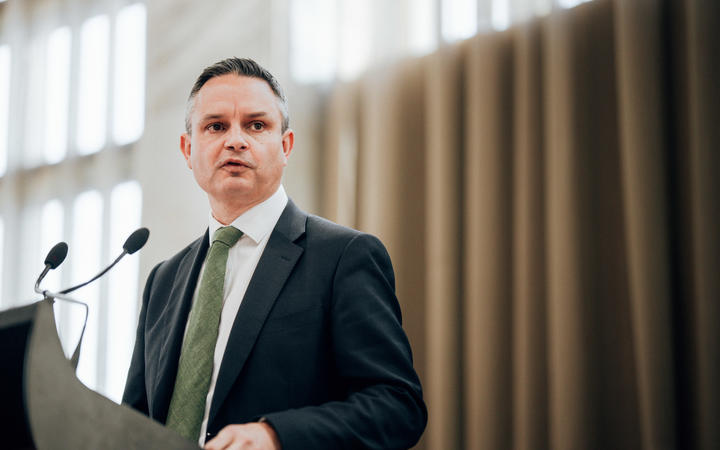 Climate Change Minister James Shaw says the Emissions Reduction Plan will now be released by the end of May. Photo: RNZ / Dom Thomas

Under the Zero Carbon Act, the final plan was due by the end of the year, but Climate Change Minister James Shaw says it will now be released by the end of May, in line with the 2022 Budget.

That will require an amendment to the Zero Carbon Act, which lays out the timetable.

Shaw says it mean key organisations and communities can get through the worst of the Covid-19 outbreak before turning their attention to the plan.

"The plan will be developed with input from Iwi/Māori, Pacific communities, business, NGOs [non-governmental organisations], local government, and communities all over the country.

"Notifying them now of our timeline for consultation gives them time to prepare the resources they need to engage fully," he says.

"It is only right to make sure everyone has the chance to contribute without the additional challenge of keeping people safe while the country is at different alert levels, especially those in Auckland who are still at level 4."

Shaw says it also allows the government to "align the final plan with Budget 2022, so people can see how its delivery will be supported through government investment".

But the ACT Party is scathing: "In a world first, the government has postponed responding to an emergency," climate change spokesperson Simon Court says.

"Jacinda Ardern called climate change "her generation's nuclear free moment," and once even said it was "life or death" and yet her government imported a million tonnes of coal last year - a record level, now it's not even meeting its own standards.

"It's a joke to say the government is taking climate change seriously," says Court, "instead of Climate Change Minister James Shaw flying halfway across the world to have a talk about it, maybe he should stay here and meet his own deadline for the Emissions Reduction Plan".

But the move has been welcomed by Business New Zealand as a "sensible decision" with businesses fully occupied with trying to operate in a Covid-restricted environment.

Tina Schirr, from its Energy Council, says the delay will allow for more business input.

"To be successful, the plan must be based on sound consultation with industries and businesses, and more time for deliberation will ensure the eventual plan is fit for purpose.

"Our member businesses are committed to emissions reduction and are keen to have their views heard on how those reductions can be best achieved," she says.

"Delaying delivery of the emissions reduction plan will help ensure that."