The House is scheduled to sit tomorrow but a plan for the operation of Parliament if the level 4 lockdown is extended has not yet been decided. 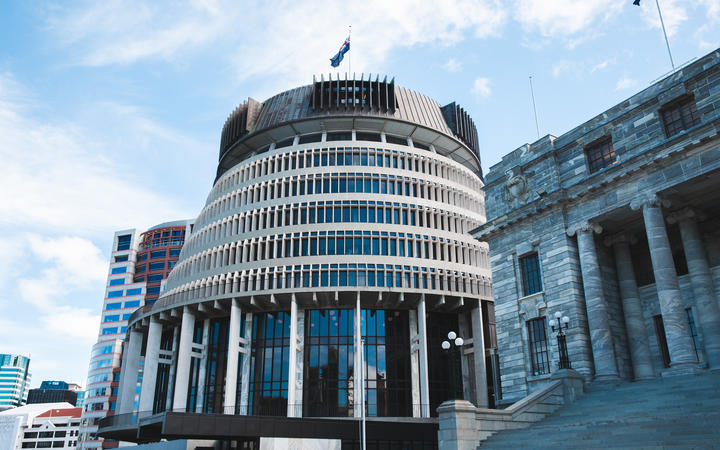 ACT leader David Seymour travelled to Wellington on the day of the lockdown to ensure he is in the capital when Parliament does resume, while National leader Judith Collins has been leading the party from her kitchen table in Auckland. She plans on travelling to Wellington once sitting dates are confirmed.

Parliament's Business Committee could not agree on Friday whether the House should sit this week and it will meet again after the prime minister announces Cabinet's alert level decision at 4pm.

It is unclear, at this stage, what options senior MPs in the committee will consider.

Opposition parties have also referred to also a section of Standing Orders - or Parliament's rules - which allow the prime minister to postpone Parliament sitting by up to a month.

Under section 55, Parliament can be postponed during an epidemic, but the leaders of all parties must be consulted first and it must be on the written recommendation of the director-general of health.

ACT leader David Seymour wants Parliament to sit tomorrow, saying it is no more dangerous than other essential services under alert level 4.

"If she is saying that I think people can work out for themselves if she means it as a public health measure or if she believes that actually she would rather not have scrutiny."

If Parliament cannot sit, the next best option is reconvening the Epidemic Response Committee, Seymour said. Parliament, however, would have to resume in order to appoint the committee.

"ACT favours adding a couple of members to the Governance and Administration Committee, that would create an opposition-led select committee very much like the Epidemic Response Committee." 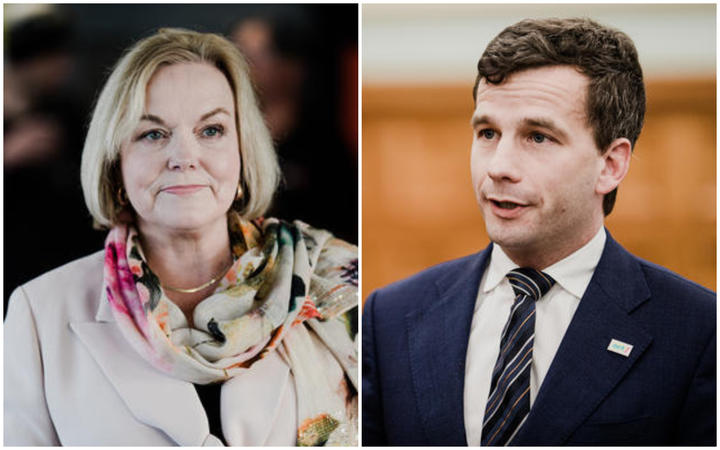 Seymour travelled to Wellington before all of New Zealand plunged into level 4 lockdown last Tuesday.

"My duty's to represent the people that elected me, that means being in the capital, and being in Wellington, so that we can have our usual democratic processes," he said.

Collins said she would travel to Wellington if Auckland is still in lockdown when Parliament resumes.

"Parliament is an essential service, we are, as MPs, able to do that and as leader of the Opposition that would be a basic democratic obligation to do so.

"I'm not going to do that until I know Parliament is going to be sitting."

Seymour said he would support Collins travelling to Wellington if the lockdown is extended.

"I think that Judith should travel to Wellington and be in Parliament. We still have aeroplanes flying up and down with people travelling for all sorts of reasons. If we're still a democracy I would have thought that the leader of an opposition party being down there in Judith's case would be well worthwhile.

"If people are seriously saying that Uber can operate in every large city but the leader of the National Party can't travel to Parliament to do her job, then I don't think we are taking democracy as seriously as New Zealand ought to."

Parliament should be suspended this week and resume from next Tuesday, Collins said.

"We need to be realistic around making sure that they've got everything sorted out in Parliament and by Parliamentary Service to make sure that the staff, as well as the MPs, are properly protected.

"I believe that one week's grace is enough and then they can get onto it," Collins said.

Collins is not very keen to re-establishing the Epidemic Response Committee or allowing the Governance and Administration Committee to cover the Covid-19 response.

"If Parliament doesn't sit then the Epidemic Response Committee is the next best thing but it's not as good as Parliament.

"Parliament is about asking the questions and holding the government to account, basically it's about scrutiny of the government and unfortunately that does not tend to happen as well in the select committee process."