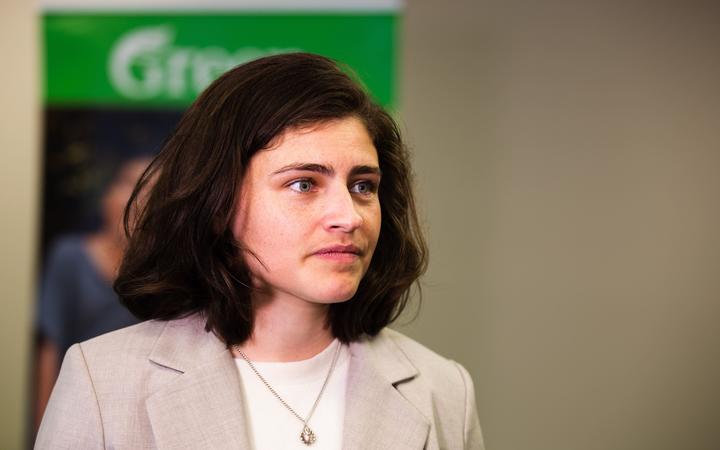 This week, Finance Minister Grant Robertson said the Reserve Bank would start consulting on reducing low deposit lending by banks to no more than 10 percent of their total lending from the current 20 percent.

The government has also given bank approval for debt-to-income ratios or interest rate floors, to ensure borrowers can afford to service mortgages.

However, Swarbrick said much more intervention is needed.

"What we said back in March is that this is one of the many tools that are on the table," she said. "It's kind of window-dressing."

"It is really important that we drill into some of the language that's actually being used around the changes to this MOU [Memorandum of Understanding], because what we've seen is this sleight of hand with the conflating of affordability with sustainability, and they are very demonstrably different things."

Swarbrick said the imbalance in housing ownership must address affordability.

"If you have for example an economy of 100 people who own 100 homes with mortgages that they can service, that's counted as financially sustainable, and you'd argue it must have been affordable too.

"But if you've got that same starting point but one person owns 100 houses, with mortgages that they can service, and the other 99 cannot afford those homes, that is still technically sustainable. Sustainably unaffordable, and I think that's the problem here."

Many recent figures show that housing affordability may be out of reach.

Stats NZ reports showed that home ownership in 2020 hit the lowest rate in 70 years, while recent data from realestate.co.nz showed the county's housing stock was the lowest it's been in 14 years.

Earlier this year Robertson [https://www.rnz.co.nz/news/political/437128/reserve-bank-must-consider-impact-on-housing-of-its-policy-decisions-robertson-says decreed that the Reserve Bank much take housing prices into account when making decisions, a decision the bank warned against.

"The Reserve Bank of New Zealand has been putting on the table rather implicitly, and I'd love them to say it explicitly, that they have a legislative mandate for financial stability and for maximum sustainable employment," Swarbrick said.

Swarbrick noted that emails released to the Bloomberg news service under the Official Information Act showed that Treasury did not expect Robertson's declaration to actually influence monetary policy or house prices.

"The remit that is being tried to be inserted there, by the Minister of Finance, around affordability and concern for first-home buyers has been kind of dismissed and exposed as such by OIAs that were received by I believe Bloomberg at the beginning of this year."

A mortgage deferral scheme during the Covid-19 recently was lifted, and while measures were necessary to help the economy, the broader issue of housing costs still needs direct action by the government, she said.

"Monetary policy exacerbated the problem, but it doesn't have the tools to address it. That sits with politicians, and the government, and with fiscal policy."

Swarbrick said the Greens have been saying "we need actually direct economic stimulus from the government in the form of income support instead of relying on the Reserve Bank for this kind of financial stability. That simply exacerbated inequality."

Swarbrick also called for the end of interest-only mortgages, which require borrowers to only pay the interest charged on the loan, not the original amount borrowed.

"Half of the lending of landlords in this country is interest only," she said.

"A third of new mortgage lending is interest only. If that were to be tackled, we would be doing a whole lot more than what was announced yesterday."