The Chinese embassy has hit back at claims spies are infiltrating universities in New Zealand, calling the accusations groundless and "pure hearsay".

Three university lecturers in Chinese politics and history have spoken out about their classes being observed and sometimes photographed by unenrolled individuals.

The academics - featured in the new podcast series Red Line - suspect the information is being fed back to the Chinese Communist Party.

In a statement to RNZ, the Chinese embassy in New Zealand dismissed the suggestions.

"We hope the relevant side could view this from an objective and rational perspective... instead of making groundless accusations to undermine the trust and mutual understanding between the peoples of our two countries."

The embassy said both countries had benefited from long-term co-operation in the education sector, including student exchanges.

Education Minister Chris Hipkins said the matter had not come across his desk before, but encouraged educational institutions to report any concerns to the NZ Security Intelligence Service (SIS).

"The university lecture hall should absolutely be a place that's free from foreign interference," Hipkins said.

"This is something that we shouldn't have a tolerance for, but you obviously need to have evidence that it is taking place, rather than a general assertion."

Prime Minister Jacinda Ardern declined to say whether she had been briefed about such activities, but said the government worked closely with tertiary education providers.

"We've always been live to issues of foreign interference across a range of potential areas.

"And we've got good working relationships with those that we need to support to potentially address where the foreign interference may exist."

"We're not aware necessarily whether it's spying or exactly what's going on... we do have some concern and we're encouraging academics to be aware of this," Whelan said.

"We are particularly focused on things like protecting our intellectual property and making sure our values as a free and open society are not being undermined through our university system." 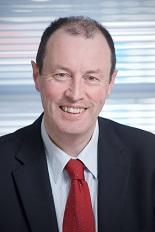 New Zealand universities had sought help from the SIS and academic institutions abroad to ensure the research they generated and shared was not being infiltrated or misused, Whelan said.

Security consultant Paul Buchanan told RNZ it was "not surprising" that China might put intelligence collectors into classrooms in New Zealand universities.

"They do this all over the world. They monitor dissidents. They monitor what is said about China. And that gives them an idea of what China looks like to the educated classes abroad."

Buchanan said people photographing Chinese students in a lecture hall was highly problematic, but some of the other incidents could be more innocent.

"There is a big difference between spies... and nationalistic mainlanders who feel compelled to sit in and 'correct' - in their words - the mistaken opinions of foreigners when it comes to Chinese history."

Buchanan said some of the other activity sounded like intimidation campaigns, distinct from spying, but also concerning.

"These people want to be seen in the classes, not so much by the lecturer, but by other Chinese nationals.

"It's a very easy and effective way to get dissidents to hush up."

Buchanan said the government should slowly tighten visa requirements from countries with a reputation for espionage, but he acknowledged New Zealand authorities would find it difficult to act given the country's dependence on China for trade.

"New Zealand cannot afford at this juncture to displease the Chinese to the point that there could be economic retaliation against it. It would simply be too costly in the short term."

"These types of stories have been run in other countries, suggestions of these sort have been heard in Australia and elsewhere."

He said there was no need for the government to get involved just yet.

"A lot of concern have been raised, but there's a long way to go... to it being established as being the actions of a foreign government.

"At this stage, it's best managed by the universities."