Former National Party leader Todd Muller has decided to step down at the next election. 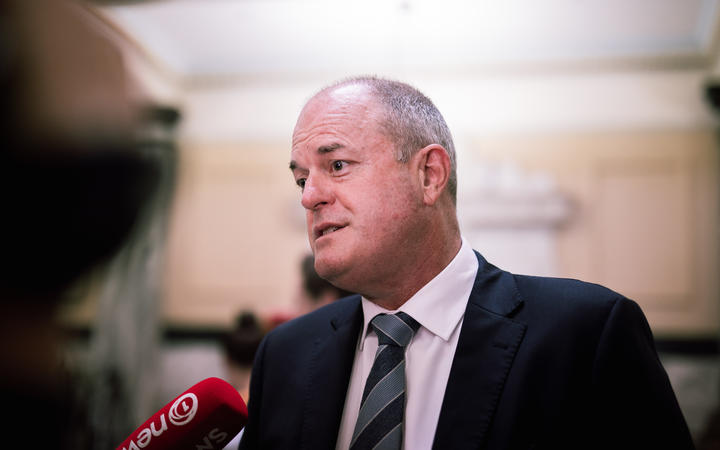 Todd Muller has decided to step down at the next election. Photo: RNZ / Samuel Rillstone

Muller has been a Member of Parliament for the Bay of Plenty for nine years.

In a statement this morning, he said he has decided to prioritise his health and family.

"This has been a difficult decision because being a Member of Parliament is a huge privilege, but it does come at a cost. I have decided that I need to prioritise my health and family and move onto the next chapter of my life," he said.

Muller spearheaded a leadership coup within National in May last year, ousting Simon Bridges from the top job, only to last 53 days before resigning on 14 July 2020, citing health reasons.

He later revealed he had become overwhelmed by anxiety and was unable to cope with the stress.

Muller said he hoped to give the National Party and local branches ample time to find their next candidate.

"The National Party needs to take the opportunity this term, to renew and refresh, with strong new candidates lining up for the next election.

"The highlight of my role is undoubtedly serving my local community. I particularly enjoy working with my various local communities from Papamoa to Omokoroa pushing hard for the amenities and infrastructure that our growing region deserves. I can assure them all I won't stop advocating for mental health facilities, after hours A&E and roads for my remaining time as their MP.

"At a national level I am very proud of the work I did with James Shaw in creating bi-partisan support for climate action and achieving cross party support for the Zero Carbon Act."

Muller said he was looking forward to working out his term with the National team.

In the meantime, he is on pre-approved leave for the next five weeks to care for his wife who is undergoing a significant medical procedure.

He will return to Parliament after the winter recess, he said.

Muller's Bay of Plenty seat is considered a safe electorate for National and so the party's candidacy is sure to be hotly contested.