Prime Minister Jacinda Ardern will make a formal government apology for the 1970s Dawn Raids on 26 June at a commemoration event in the Auckland Town Hall.

She made the announcement today alongside Minister for Pacific Peoples Aupito William Sio.

There was strict criteria Cabinet needed to apply when deciding to make an apology, including whether a human injustice must have been committed and was well documented, victims must be definable as a distinct group, and they continued to suffer harm, connected to a past injustice, Ardern said.

Cabinet decided the criteria had been met in relation to the Dawn Raids, Ardern said.

There have been two previous government apologies meeting these criteria: the Chinese poll tax in 2002 and an apology to Samoa for the injustices arising from New Zealand's administration of it.

She said when computerised immigration records were introduced in 1977, the first accurate picture of overstaying pattern showed 40 percent were British and American "despite these groups never being targets of police attention".

Both Labour and National governments oversaw a crackdown on overstayers from the Pacific Islands in the '70s.

"To this day, Pacific communities face prejudices and stereotypes established during and perpetuated by the Dawn Raids period. An apology can never reverse what happened or undo the decades of disadvantage experienced as a result, but it can contribute to healing the Pacific peoples in Aotearoa," Ardern said.

She would not say what the formal apology might involve but said it would focus on the ongoing impact on the community, and the history.

There was a period around 2000 where amnesty was available, she said.

People were "dehumanised" and "terrorised" in their homes, Ardern said of the era.

"... it left a lasting impact. People were told at the time if you did not look like a New Zealander they should carry ID to prove they are not an overstayer. You can imagine what impact that has on a community to live in an environment like that."

'The stars have aligned' - Sio 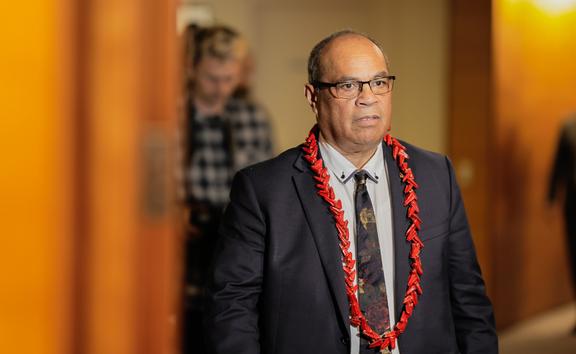 Many in the Pasifika community have long called for an apology, with more than 7000 people signing a recent petition.

The minister for Pacific Peoples said other communities, including Māori, were also impacted by the raids.

"I don't think there is any Pacific family who was not impacted by the events of the Dawn Raids and there is a strong moral imperative to acknowledge those past actions were wrong through an apology, they recognise those actions were unacceptable under the universal declaration of human rights, and are absolutely intolerable within today's human rights protections."

While the raids took place almost 50 years ago, the legacy of the era lives on today "etched in the memories and oral history of Pacific communities".

"This apology is a step in the right direction to right the wrongs of the past and help heal the wounds of trauma that still resides in the psyche of those who were directly affected."

On a personal level, Sio said it was a "huge deal" for the government to acknowledge the wrongs of the past.

"The stars have aligned," Sio said, acknowledging the role the prime minister and his ministerial colleagues played in agreeing to the advice they received.

Sio said there were many Pacific families who would talk about the Dawn Raids, and he wanted to give them the opportunity to talk about the trauma and help them heal.

Talking about his own experience, he said his family was raided in the early hours of the morning about two years after they purchased their home. His father was "helpless", he said.

"To have somebody knocking on the door in the early hours of the morning with a flashlight in your face, disrespecting the owner of the home, with an Alsatian dog frothing at the mouth in that door, and wanting to come in without any respect for the people living in there, it's quite traumatising."

His sister and 82-year-old father would not talk about that time, Sio said.

Other Pacific families had similar experiences, he said.

"You have to remember, we felt as a community that we were invited to come to New Zealand. We responded to the call to fill the labour workforce that was needed, in the same way that they responded to the call for soldiers in 1914. So we were coming to aid a country when they needed us, and when that friend or country felt they no longer needed us they turned on us, trust was broken."

The apology was about restoring trust and building confidence in the next generation, he said while trying to control his emotions.

"I do not want my children or any of my nieces or nephews to be shackled by that pain and to be angry about it. I need them to move forward and look to the future as peoples of Aotearoa."

PM to get Covid-19 vaccine

On the Covid-19 vaccine, Ardern said more details about the rollout would be announced on Thursday.

The prime minister will receive her first dose of the vaccine on Friday 18 June afternoon in the South Auckland suburb of Manurewa, alongside her chief science advisor.

They Are Us film

On the They Are Us film project, Ardern said everyone should know the discomfort she felt about the project, but at the same time it was not for her to say what projects should or should not go ahead.

"This is a very raw event for New Zealand, even more so for the community that experienced it and I agree that there are stories that at some point should be told from March 15, but they are the stories of the Muslim community, so they need to be at the centre of that."

Auckland-based producer Philippa Campbell has withdrawn from the crew working on a proposed film about the aftermath of the Christchurch terror attacks. In a statement, Campbell said she deeply regretted the shock and hurt the announcement of the film has led to throughout Aotearoa New Zealand.

Speaking of the current immigration policy, Ardern said there would be consequences for overstaying, but there were ways to do it "that do not lead to discriminatory practice".

Asked if the apology for the Dawn Raids would include amnesty for some people, Ardern said there shouldn't be expectations about that.

Amnesty in the early 2000s gave a pathway to regularisation for some Pacific people, Ardern said.

Any amnesty would apply to a wide-ranging cohort, she said.

"We wouldn't want to seek to apologise for a discriminatory policy and then by giving that apology discriminate others by only having a certain policy apply to one group."

There is a large group of ethnicities and communities that would argue for a pathway to regularisation, she said.