The skilled migrant category will be reviewed and employer requirements strengthened as part of what the government calls a "once-in-a generation reset" of the immigration system.

Tourism Minister Stuart Nash - standing in for Immigration Minister Kris Faafoi, who was unwell - made the speech this evening.

He conceded there were no new announcements in speech tonight, saying instead that it set the direction of travel.

"There has been ad hoc announcements here and there," he said.

"As far as I'm aware we've never had a scene-setting speech about immigration, talking about the whole work programme that is in place and what we are looking to do in a post-Covid world."

He said New Zealand wanted to move away from relying on low-skilled workers to attracting those with higher skills.

"As we focus on re-opening New Zealand's borders, we are determined not to return to the pre-Covid status quo," Nash said.

A key focus of the reset would be temporary workers, partners' working rights, and the skilled migrant category, he said.

"The pressure we have seen on housing and infrastructure in recent years means we need to get ahead of population growth."

The government would strengthen employer requirements and labour market tests before a migrant could be hired so temporary workers were only recruited for genuine job shortages.

The skilled migrant category would also be reviewed, he said.

New border exemptions would allow 200 high-value investors to travel to New Zealand in the next year to see if they wanted to invest.

The tourism industry would also be scrutinised to look at lifting industry standards and to encourage innovation and improvements. 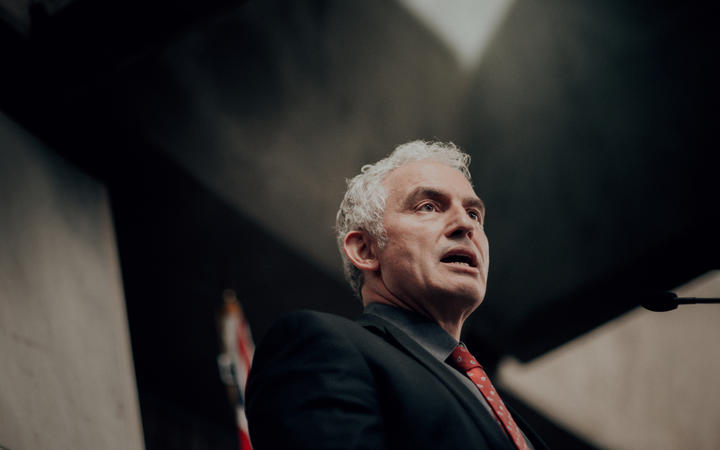 "The exploitation of temporary migrant workers - such as paying less than the minimum wage or making people work excessive hours - is unacceptable and breaches New Zealand law," Nash said.

"It is an issue that affects us all. It's an affront to the humanity of these workers, legitimate businesses who are undercut by these practices, and New Zealand's reputation as a fair place to work, live and do business."

Nash said Covid-19 had brought challenges and disruptions but also presented a opportunity to change shortcomings in the system.

He said migrants would always play an important role in New Zealand society.

"They make a valuable and significant contribution to our economy and enrich our communities ... there are thousands cases of impressive achievement academically, in business, sport and entertainment, not to mention those here in Parliament."

However, getting immigration policy right was a balancing act, he said.

"We also take seriously our commitments and responsibilities to other countries - notably the Pacific Islands through the Recognised Seasonal Employer Scheme, which provides valuable income that improves wellbeing and livelihoods in the Pacific. The Pacific residence programme and family categories are also part of that immigration balance."

He said New Zealand had been moving to reduce its reliance on lower-skilled migrants over time, but the country had still seen significant population growth driven by migration.

"High levels of migration have contributed to 30 percent of New Zealand's total population growth since the early 1990s ... this has been fuelled, in particular, by increasing numbers of temporary migrant workers and students."

"That is the highest share - by a significant margin - compared to other OECD countries. Poland is next with almost 4 percent."

"This means businesses have been able to rely on lower-skilled labour and suppress wages rather than investing capital in productivity-enhancing plant and machinery, or employing and upskilling New Zealanders into work."

"We have also seen an increase in demand for residency in New Zealand, with the vast majority of applicants already being onshore. For example, around 80 percent of applications for the Skilled Migrant category come from onshore applicants."

He quoted the OECD which has said: "the employer-assisted temporary work visa system is not limiting recruitment of migrants to resolving genuine skills and labour shortages, is attracting too many low-skilled migrants and may be weakening incentives for employers to employ and train New Zealanders. This has limited our ability to create jobs and improve productivity."

One initiative announced today was the "Investment Attraction Strategy" which aimed to encourage 'high-value' investment in New Zealand.

Another intitative was border exceptions for Innovative Partnerships Programme and New Zealand Trade and Enterprise's Investor Programme which would allow represetatives from global corporations to come to New Zealand and conduct negotiations with companies they wished to invest in.

"Some of the companies that have taken part in these programmes in the past include Wisk that tested their revolutionary air taxi technology in New Zealand, and LeoLabs, an American space innovator that unveiled its first 'next-generation' space radar in Naseby, Central Otago. The radar system tracks small satellites and space debris and is the first of its kind in the Southern Hemisphere."

"Investment through these programmes will create highly-skilled jobs, enable the valuable transfer of knowledge and technology, and increase international connectivity for New Zealand firms as they allow us to position ourselves globally," he said.

Last week, Faafoi was shouted down at a rally of unhappy migrants at Parliament as they asked for families to be let into the country, to have visa processing sped up, and for residency visas for those on temporary work visas who would normally be eligible.

In the post-Cabinet briefing today, Prime Minister Jacinda Ardern said it was time for a discussion "on getting the balance right" to offer a better quality experience both for migrants and the country.

She said New Zealand had the highest reliance on temporary workers in the OECD, and the government would be looking to shift the balance away from relying on low-skilled workers to attracting high-skilled workers.