The opening of the trans-Tasman bubble marks a significant step in reconnecting with the world, Prime Minister Jacinda Ardern says.

She says ministers will announce in coming weeks further reallocations of managed isolation and quarantine (MIQ) spaces freed up as a result of the bubble.

Speaking after the weekly Cabinet meeting this afternoon, Prime Minister Jacinda Ardern said she would be attending a trans-Tasman bubble celebration at 5pm at Wellington airport today.

"It is truly exciting to be able to welcome our Tasman cousins, quarantine-free, to Aotearoa in what is a world-leading travel arrangement."

She said she was not aware of any other countries allowing countries outside of their borders in quite the same way New Zealand and Australia were, while maintaining a Covid-19 elmination strategy.

"The bubble marks a significant step in New Zealand's reconnection with the world and it's one that we should all take a moment to be very, very proud of."

Ardern said she would have loved to have been a bystander to witness families being reunited.

"I think something like the scene from Love Actually was how I anticipate it would have looked and how it would feel, and it was pretty close to it."

She said she was confident the arrangement was safe because the methodology of elimination applied in Australia was the same applied in New Zealand.

"The message I would share with anyone concerned about our opening up with Australia is this trans-Tasman bubble is something we haven't taken lightly, that's why we have taken our time. Our view and the view of our experts who we rely on is that it is low-risk, but that is not to say we won't see issues in Australia, in the same way we've seen the odd issue here in New Zealand."

With Australia eyeing two-way travel to Singapore, Ardern said any decision Australia makes to open up their border to other countries would mean New Zealand having the absolute right to take a risk-based approach.

"If we're unhappy that something they've done jeopardises our status we can act on that. Either we put certain criteria in that says you cannot come to New Zealand unless, for instance, you've been in Australia for a certain period of time, or we can change our bubble arrangements.

"We haven't discussed the possibility of opening up to anyone else at this point."

She said it was not out of the question that New Zealand would also hold discussions with Singapore, but Australia's risk appetite may be bigger than New Zealand's so had entered talks earlier.

"Having our freedom and having our health is a real priority and we'll be looking to preserve that."

She also restated the New Zealand government's goal of opening up two-way travel with the Cook Islands in May.

Regarding the rest of the Pacific, Ardern said many Pacific nations did not want to open up their borders just yet and that was their perogative.

The economic benefits of the bubble would be significant, she said.

"According to Tourism New Zealand forecasting, welcoming Australians back can mean a $1 billion boast. Just this week we saw the government's economic response has supported a record number of people moving off their benefits and into employment, with nearly 33,000 people taking in work within the first three months of this year.

"That's more people than at any time since 1996, when the Ministry of Social Development began keeping economic records. The bubble will only bolster this trend, particularly in hard-hit regions."

She said Queenstown ski areas would particularly benefit, and thanked airlines and staff for working hard to make the bubble happen.

Regarding MIQ, Ardern said a proportion of spaces freed up would be used to bring in workers to further drive economic recovery.

"Other spaces would be absorbed by changes to our MIQ arrangements to further enhance the safety of those facilities and also to reduce risk. This, in conjunction with a safe and effective vaccine rollout and Budget 2021, which will have a strong focus on the Covid rebuild, will put New Zealand in an incredibly strong position to rebuild."

"It was natural that over the summer period New Zealanders would want to come home and did come home. Now we are entering into a winter period were we see that demand drop away. We've used that period of time and also the trans-Tasman arrangements to say 'let's look at the next cohort' and we've looked to family reunification, because for us that was the natural next place to go. But we are also having to consider later on in the year, ongoing demand from other calls on MIQ space."

Ardern told Morning Report today that the border would open to other countries in stages and would be driven by data and research. 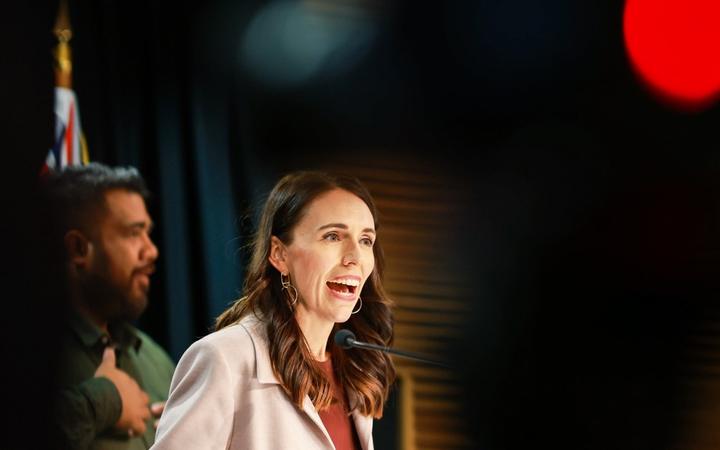 Payne will be accompanied on her visit by Australian Minister for International Development and the Pacific Zed Seselja who will have a separate programme and will meet with Minister for Pacific Peoples Aupito William Sio.

The delegation will be in New Zealand from 21 to 23 April.

Ardern said she would be "pretty shamelessly" looking to showcase the best of New Zealand.

"When it comes to Prime Minister Morrison, one of the first things when I gave him a call to say we would be making decisions to open up the trans-Tasman arrangement, we moved very quickly to when he would be coming to New Zealand," she said.

Ardern said she planned to take Morrison to Southern regions of the country hardest hit by lack of international travel.

The government is fixing an anomaly that meant migrant workers who entered the country before last year's Covid-19 border closure could not bring their families but those who came after could.

RNZ revealed today that it has been described as dangerous and terrifying for some, with families mixed in with gang members and many places rife with crime and intimidation.

Official documents show ministers were warned about the "risks to public safety" in Rotorua a year ago, and that week-by-week motel accommodation was not suitable for families or those with high needs.

One Auckland charitable trust said some residents were especially vulnerable to sexual violence, which may only become apparent in years to come.

The Social Development Ministry's approach of leaving it up to moteliers to make sure there was no violence, harassment or criminal behaviour, and only responding once an incident has occurred, has been causing further consternation.