It has passed its health check and is ready to go.

Or rather Queenstown Airport is ready to receive.

After more than a year of crippling financial uncertainty for many businesses in the once buzzing tourist resort, there is light at the end of the border closed tunnel.

The first trans-Tasman bubble flight is due to land in Queenstown this afternoon (about 2pm, though could be earlier) and Queenstowners are ... cautiously optimistic.

While there will be a celebratory mood at the airport to welcome the flight, including the district mayor Jim Boult, operators in town are striking a more cautious approach.

There's relief to be sure and excitement but there's a hesitation too. This flight does not signal the end but the start of a new journey, one that will hopefully peak with the ski season.

So it's more of a slow burn.

Everyone knows there are still challenges ahead, staffing is a big one, but what the border opening means for a lot of businesses is that they can actually have that conversation with their bank manager and investors and work out a financial way forward.

There's concern too about if the border closes again if there's a Covid outbreak, so the focus for some is on how to ensure their businesses can keep attracting a domestic market. They need the financial safety net.

For some the border reopening has come too late, for some, still hanging on, it may not be enough. 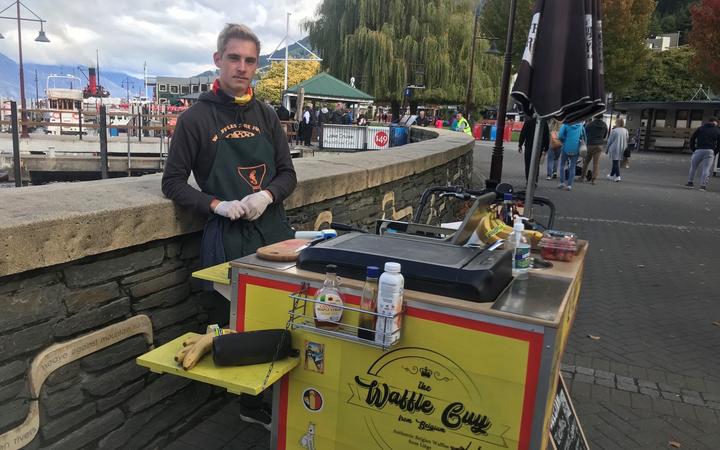 Belgian Arthur Debbah expects it will be a 'slow build' in the region, with more Australians visiting during the ski season Photo: RNZ/ Belinda McCammon

He arrived on a working holiday visa just before New Zealand went into lockdown and had one day to decide where he was going to spend it.

He has never experienced Queenstown as it used to be pre-Covid: busy.

But he knows that today's flight will have a good impact on the town and he expects it to get busier, just not immediately.

"It's probably going to be a slow build … don't expect a big wave of Aussies to arrive next week, maybe toward the ski season." 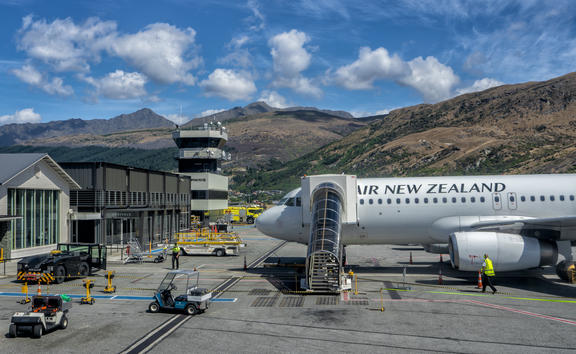 Queenstown Airport Corporation chief executive Colin Keel said there's a real buzz at the airport and in the community but agrees it won't be business as normal.

"The majority of people will take advantage of the quarantine free zone visiting family and friends in the first few weeks."

About 20 trans-Tasman flights will initially land, building up to about 60 per week as it gets closer to the ski season, which Keel described as "pretty significant".

The airport is an all green airport, with the only international flights arriving from Australia, meaning it doesn't have the co-mingling issues Auckland Airport is dealing with and the creation of separate arrival spaces.

Perky's floating bar general manager Fraser Carson agreed there was excitement in the town to have Australian tourists back but said everyone was also aware the border could close to tourists again. He said businesses have no choice but to move forward.

"What we realised during lockdown is that we have a great local base and we've got to get the balance right with the tourists.

"It's all going to be trial and error. A lot of people are expecting huge things and it's just going to be a case of take everyday as it comes. But to see flights coming in from Sydney, Brisbane and Melbourne is really exciting." 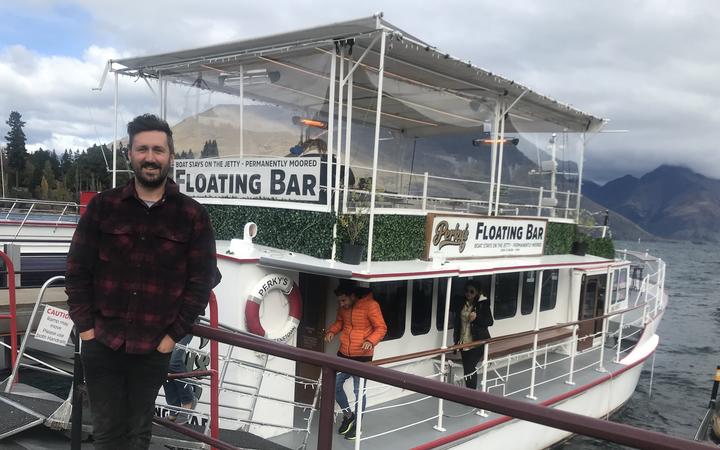 In the long term the challenge for the council was ensuring the town invested in different industries so it was not reliant on one industry again.

"Tourism is going to take a long time to come back and it's possibly not going to be a smooth journey but it's a step in the right direction."

He said the council was working on a diversification plan, which would probably take five to ten years to put in place but it would ensure the town was not reliant on one sector for its financial fortunes. 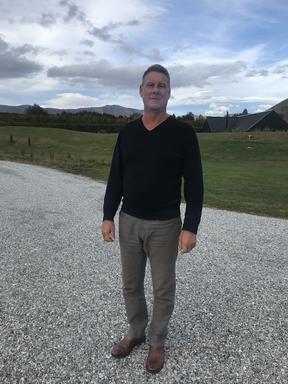 Lakes District Accommodation Sector organiser Nik Kiddle said the border reopening was a life saver for many businesses, but people were just hoping the protocols that were in place at the border were going to work.

He said domestic tourism would be vital in cushioning any border disruptions.

"We certainly won't want to see New Zealanders shy away from visiting us here, they've been a critical part of keeping us afloat so we want to continue to see them arrive."

The trans-Tasman bubble was a course correction that steered Queenstown away from almost certain failure to the prospect of survival, he said.

"It means that we will have the kind of turnover we need to put us in a stronger position with the banks and it gives the government the opportunity to check those border systems are robust enough not only to Australia, but to those other green zone areas that the epidemiologists are telling us are clean enough to travel here.

"We welcome the resumption of travel from Australia, it's a vital first step for us but we must look forward to opening up to the broader green zones of Asia as quickly as we can."