The finance minister has signalled a crack down on property speculators with proposals to curb house price inflation going before Cabinet shortly. 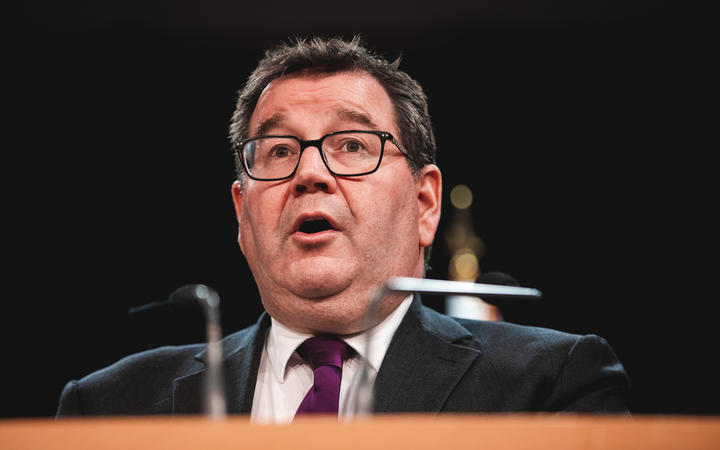 Speaking today at the release of the Budget Policy Statement, Grant Robertson said as foreshadowed in January, the government will announce a rolling series of measures to build on what it did last term to address the crisis in housing.

"The first of those will be on the demand side measures which will come in late February. We all know that building more houses, particularly affordable houses, is critical. But we also can do more to manage demand, particularly from those who are speculating."

He said advice from Treasury and the Reserve Bank had been taken on the matter.

Robertson said the government planned to "tilt the balance" toward first home buyers and wanted to incentivise new builds.

"As the prime minister has outlined, we will also make more announcements on the supply side as Budget 2021 is finalised. These will build on the government's housing programme that has seen us build more houses than any government since the 1970s.

"Anyone who tries to tell you that there is a single silver bullet for addressing the housing crisis is not facing reality - or is speaking from the safety of Opposition.

Robertson said Budget 2021 would also focus on keeping Covid-19 out of the country, continuing to recover from the lockdown, climate change and child poverty.

"The significant resources we have put into the recovery and rebuild will be supplemented by further investment over coming Budgets, but quite clearly we need to strike a balance with rebuilding and maintaining a strong fiscal position.

"This includes rigourously assessing all of the spending that was provided for in the Covid Response and Recovery Fund. As the economy has rebounded stronger-than-expected, we are taking the opportunity to assess if money can be better targeted or reprioritised where it has not already been used."

Wellbeing objectives for the budget included lifting Māori and Pacific incomes, skills and opportunities, and combating the impacts of the pandemic.

Robertson has already publicly said he would be looking at the current settings of the bright-line test.

National introduced the original bright-line test, under which people are taxed on the capital gain of houses bought and sold within a certain period of time, if they bought it with the intention of reselling, excluding the main family home.

National first introduced a two year bright line test, but the last government extended it to five years; one option for Robertson could be to extend that even further.

The Reserve Bank has today announced the reinstatement of Loan to Value Ratios (LVRs) at 20 percent for first home buyers and 30 percent for property investors; this restricts the amount of the loan compared to the value of the property and means potential borrowers need to have a certain level of deposit.

Debt to income ratios also limit how much someone can borrow, depending on the size of their debt compared to how much they earn.

Robertson said it was a measure he had been "somewhat sceptical of the effect that would have on first home buyers ... but obviously we live in a dynamic world".

He was "taking advice" on whether debt to income ratios could be targeted to just investors. Another area under consideration, he confirmed, was whether landlords should continue to be able to claim interest as a taxable expense.

Advice he had received included both "new ideas and those already in the tool kit", with final proposals to go before Cabinet "very soon".