The New Zealand government believes its own negotiations with Rio Tinto will be resolved "fairly quickly" now there is certainty about the future of the Tiwai Point smelter.

The global mining giant had planned to shut down the Southland operations by August, but confirmed on Thursday it had struck a deal with Meridian Energy that would keep the aluminium smelter open till the end of 2024.

Since late last year, ministers have been in separate discussions with Rio Tinto to try delay the closure, with talks focusing on transmission costs, that is, how much the smelter is charged to use the national grid. 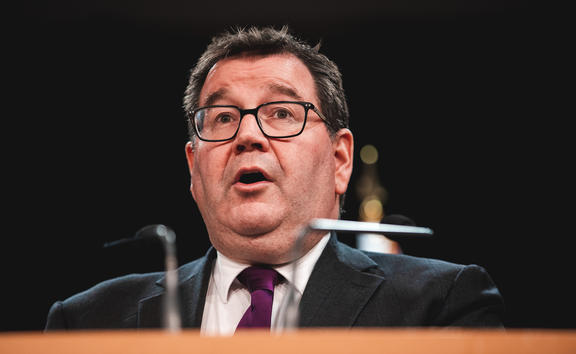 "We'll keep those discussions going, but these are two standalone discussions, and I'm very pleased we've resolved one of them," Robertson said.

"Quite clearly we've now all got the certainty we were looking for."

Today's announcement would seem to remove much of Rio Tinto's leverage in its separate negotiations with the government.

"Both parties know where we each stand and we should be able to resolve it fairly quickly."

Rio Tinto has long argued that it is unfairly charged for costly power grid upgrades at the other end of the country and pays too much in transmission costs.

For its part, the government insists any discount would be dependent on a clear commitment and plan to remediate the land once the smelter closes.

"After 50 years of operation, there will be toxic waste on that site. We need to know that it will cleared and [the land] can be used for other purposes," Robertson said.

National MP for Invercargill Penny Simmonds congratulated the smelter's owners for being prepared to "bite the bullet" and reaching a deal with Meridian before talks with the government were complete.

"Good on Rio Tinto for taking the contract up in the knowledge they can still keep working on those transmission costs," she said.