Cardboard boxes are scattered around the Green Party's office, with staff still packing up to get ready for the party's move from Bowen to Parliament House. 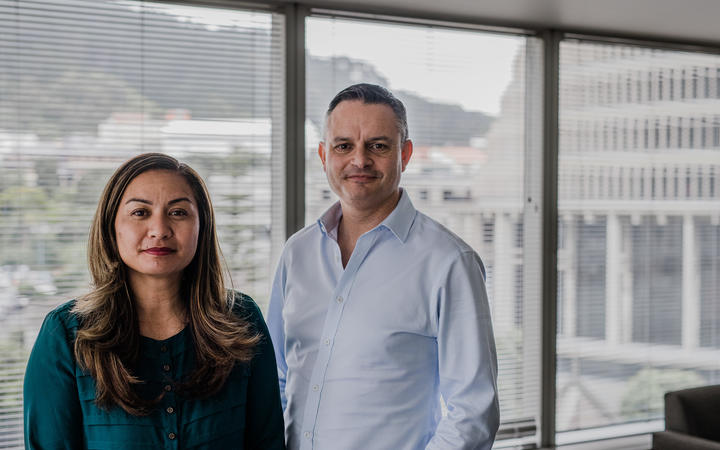 Parliament had wrapped up a week earlier when co-leaders Marama Davidson and James Shaw sat down for their end of year interviews.

Like everyone, 2020 has been a huge year for the Greens, from being part of the government response to a global pandemic, making it back to Parliament after the election with new MPs, but losing power in the process.

Even as the year drew to a close, Shaw still didn't feel like the election had quite finished yet.

Offices then had to be reorganised with staff leaving and others being rehired due to the loss of ministerial portfolios, but gaining new MPs, Shaw said.

"Yes, I feel some relief 2020 is nearly over and along with the rest of the country we are going to get a bit of a break.

Davidson added that having a good break was the only way people were "able to function and do good work".

And Davidson and Shaw will both have their work cut out for them in the new year.

Davidson has picked up the associate housing (homelessness) portfolio and she is the minister in charge of family and sexual violence prevention.

She said her priority in the new year would be a national strategy for family and sexual violence prevention.

"The sector asked that there be accountability from government, so they asked for a national strategy, so we have got a plan that is community and whānau driven and lead and that is relevant to different regions, as opposed to a centralised strategy."

Her plan was to get something in front of Cabinet and out the door in the early part of 2021.

Shaw will keep his climate change portfolio, of which the challenges of the role have been laid out in a briefing to the new minister for economic development, Stuart Nash.

The briefing from MBIE stated that New Zealand is not on track to meet its Paris Agreement obligations.

But Shaw said he was grateful for those briefings to the incoming ministers.

"It is the first time that you have agencies that aren't just the Ministry for the Environment and they are core agencies; The Treasury, MBIE, [Ministry of] Transport, all informing their ministers in a way that they knew would become public, that actually we really do need to pick up the pace."

In February, the initial advice from the Climate Change Commission about emission budgets and policies will be released.

"I think you will see us move pretty rapidly off the back of that," Shaw said.

Overall, the Greens will a have a unique role in Parliament 2021, he said.

"We are not members of the opposition but we are also not full members of the government and so I think in terms of the project of this government, we are able to contribute to that by really being that voice to say hey we need to pick up the pace."

But during the campaign, a return to Parliament was far from certain.

"Politically speaking under MMP you are barely supposed to make it back in the five percent threshold after your first term in government as a smaller party," she said.

On the last day of campaigning, Davidson became teary listening to stories of people's sacrifices to set up their own businesses in Mount Roskill.

She explained to the crowd at the time she was exhausted.

But the blood, sweat and literal tears at times has appeared to have paid off with the election night being Davidson's highlight of the year. 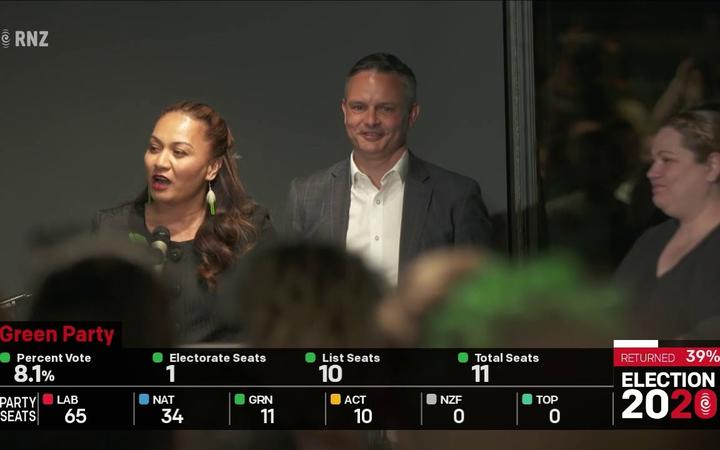 "When we realised because of Covid we were going to have to extend the election for another month, I didn't see that coming way back at the beginning of the year. Volunteers, supporters and people were exhausted and then we asked for more blood and they did it," Davidson said.

"I knew people were at the end and so I was so proud and I was so emotional at people having to do that."

Wrapping up the interview, there was no hiding how much the leaders were wanting to escape Parliament - just for a little while anyway.

Both noticeably perked up when asked about their summer plans.

"I love this question, because I am excited to get back up to Hokianga, where I am from, like I do every year," Davidson said.

"There is very little internet, TV, radio and interruptions and there is lots of bush and sea and peace and our nearest neighbours are hundreds and hundreds of metres away, so I can't wait to get there."

Shaw had even less on the agenda.

"I'm going to lie on the beach and I encourage the rest of the country to do the same thing."