New Zealand has weighed into the escalating row between China and Australia, formally registering its concern last night with Chinese authorities about a tweet of a image depicting an Australian soldier. 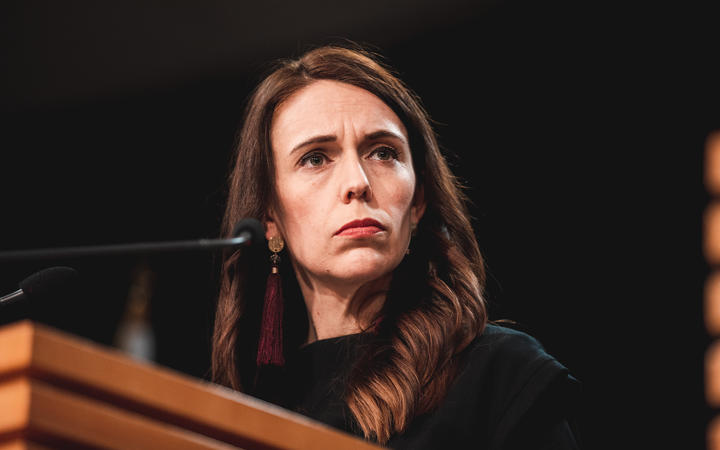 China is brushing off calls for it to apologise for a foreign ministry official's tweet with a faked photo of an Australian soldier holding a knife to an Afghan child's throat.

It highlighted a report that found Australian soldiers were responsible for at least 39 unlawful killings in Afghanistan.

Australian Prime Minister Scott Morrison is demanding the Chinese government delete what he described as a "repugnant" tweet attacking the Australian Defence Force in the wake of the landmark war crimes inquiry.

Prime Minister Jacinda Ardern said New Zealand has also registered its concern over the use of an "unfactual post".

"Whether it's Canada or Australia or indeed the United States, we observe closely, relationships with our major trading partner, China and others," she told reporters.

"But of course, we always conduct our relationship in our own interests...we will speak up on issues that we have concerns about, we will stick to our independent foreign policy, but that doesn't stop us observing what's happening with others."

Foreign Affairs Minister Nanaia Mahuta said anything that proved inflammatory to international relationships was unacceptable, and New Zealand had expressed that view to China.

Mahuta said disinformation was not acceptable, nor was anything that inflamed sentiment between countries.

National shared the concern about the use of a doctored image, with foreign affairs spokesperson Gerry Brownlee describing it as "inappropriate" and not "befitting a country of China's stature to be doing that".

"You'd have to say that the position taken by China with the publication of that doctored photo is fairly immature and in terms of international diplomacy.

"I think it is one of those awkward situations that is not at all comforting for anyone, it's got shades of Charlie Hebdo in this and I think everyone needs to draw a bit of breath and kind of move on a bit." 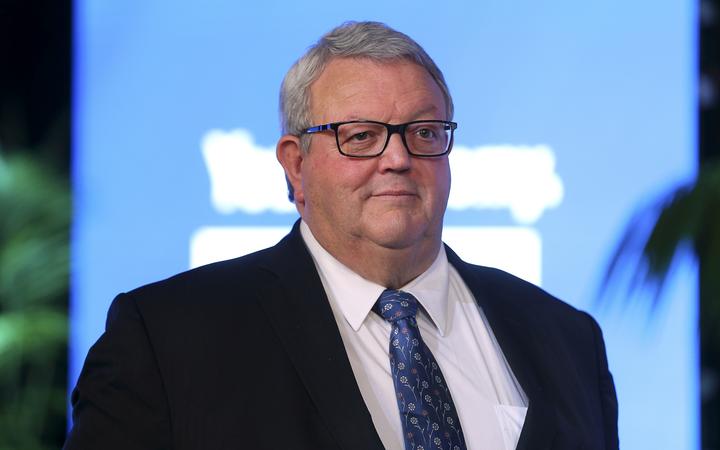 While he had not seen the text of the correspondence from New Zealand to China, Brownlee said New Zealand would "always want to support Australia, where it's appropriate".

New Zealand has to walk a fine diplomatic line, he said, as it had important relationships with both China and Australia.

While there was a "historically strong" trans-Tasman relationship, New Zealand had also developed "strong relationships with China over the years ... and of course, they're an important trading partner".

Ardern did not view it as New Zealand getting dragged into other countries' conflicts, saying "we don't see it that way in international relations we'll often have an interest regardless of whether it's on our soils or not. For us, though, we will always raise it in a way that's in keeping with our diplomatic relationships".

"Particularly for a very small nation ... it can sometimes be seen as easier for any country to put pressure on us certainly financially, or in security ways."

The Chinese Embassy has not yet responded to RNZ's request for comment about New Zealand's position and expression of concern.

Morrison has told media the Australian government had reached out to the Chinese government and contacted Twitter to have the post removed. 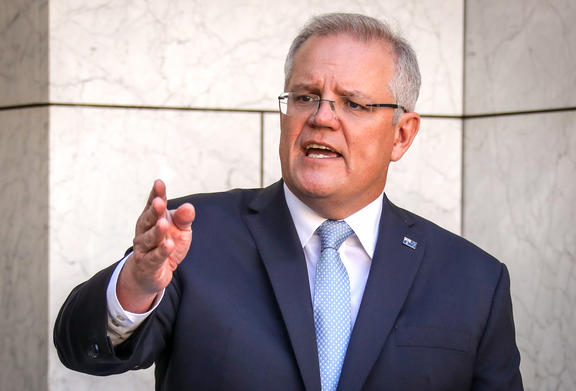 "Australia's seeking an apology from the Chinese government for this outrageous post," he said.

"It is utterly outrageous and cannot be justified on any basis whatsoever, the Chinese government should be totally ashamed of this post.

"There are undoubtedly tensions that exist between China and Australia, but this is not how you deal with them," Morrison added.

The tweet in question, posted by China's Foreign Ministry spokesperson Zhao Lijian, appeared to show a grinning Australian soldier holding a bloody knife to the throat of a child holding a lamb. The child's face is covered with a blue cloth. The text beneath the photo reads: "Don't be afraid, we are coming to bring you peace!"

The photo appears to be a reference to rumours that members of the SAS cut the throats of two 14-year-old Afghan boys who they suspected were Taliban sympathisers.

But those hearsay accounts were never substantiated during the four-year-long Brereton inquiry.

In a media briefing yesterday, a spokesperson for China's Foreign Ministry, Hua Chunying, responded to Australia's demand by referencing the report and the "heinous crimes committed by some Australian soldiers in Afghanistan".

"The details in this report are shocking and appalling," she said.

"Men and boys in a whole village were shot in the head or blindfolded and with throats slit.

"Two 14-year-old boys were killed with their throats slit and their bodies were bagged and thrown into a nearby river. Junior soldiers were required to shoot a prisoner in a practice that was known as 'blooding'."

The atrocities have been "unequivocally and strongly condemned and deplored by the international community", she said.

"The Australian side has been reacting so strongly to my colleague's tweet. Why is that?

"Do they think that their merciless killing of Afghan civilians is justified but the condemnation of such ruthless brutality is not? Afghan lives matter! The Australian government should conduct honest and deep reflections and hold the perpetrators accountable.

"It owes the Afghan people a formal apology and a solemn promise that it will never ever commit these horrible crimes again."